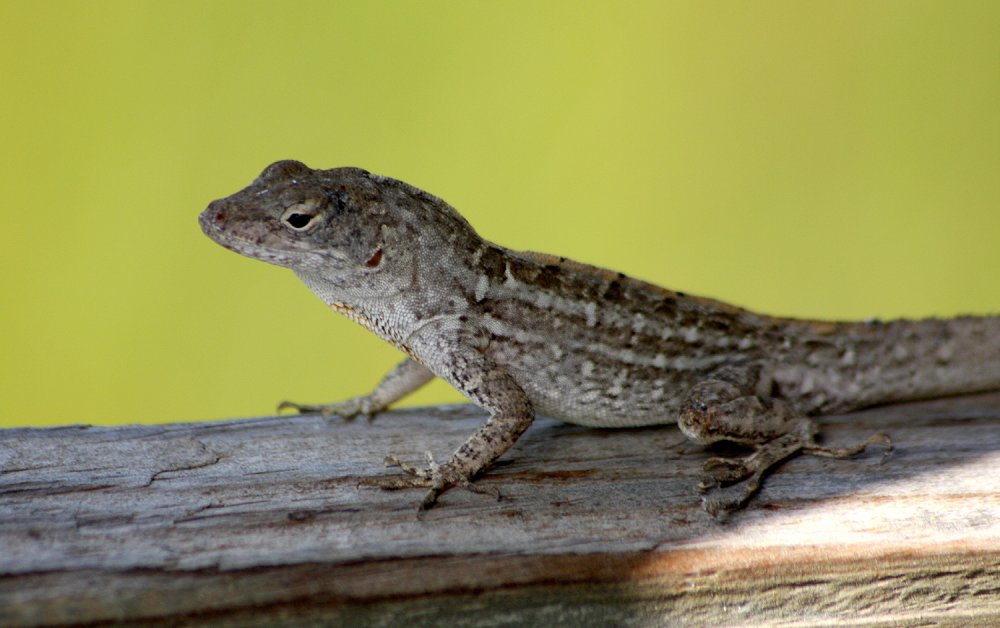 Cuban American Lizard?
The brown anole is very common lizard you see in South Florida. You see them almost everywhere. They are native to Cuba and have rapidly expanded into other parts of the US like Texas, Georgia, Southern CA and have even reached so far as Asia. They were first introduced into the United States in the 1970's and have pretty much taken over. I guess Cubans aren't the only ones moving to Miami.