Sir Ian McKellen aka Magneto has a message for you

Julian Schnabel in Art in America 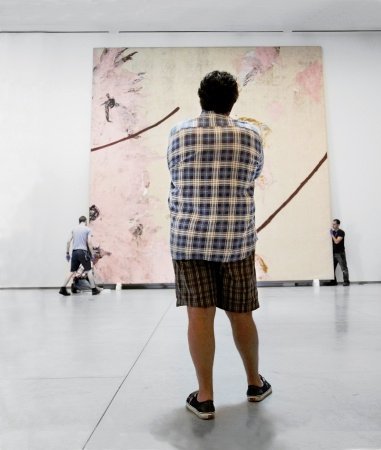 IT MIGHT SEEM ABSURD to describe Julian Schnabel as neglected, given his great celebrity, his flourishing career as a film director, and his near-mythic status as a 1980s art star, but for more than 20 years his paintings have been passed over in silence by most critics and largely ignored by curators. His paradox is to be at once highly visible as a cultural figure and deeply invisible as a painter. Some of this invisibility is the result of his being dismissed by influential academic theorists as a mere resuscitator of modernist styles in an outmoded medium. Another factor has been the unexpected success of his films, which has drawn attention away from his activity as a painter; the meme “His movies are better than his paintings” has flourished almost since the release of his first film, Basquiat (1996).

A balanced assessment of Schnabel’s achievement has been hampered by the difficulty of seeing his work in depth. Astonishingly, Schnabel has not been given a museum exhibition in the U.S. since his Whitney midcareer survey of 1987. (Recently, L.A. MOCA director Jeffrey Deitch signaled an end to what will have been a quarter-century embargo when he announced his museum is planning a Schnabel retrospective for 2012.) There have been numerous gallery shows, mostly in New York, but only a small percentage of this prolific artist’s work ever made it into these exhibitions. Schnabel’s penchant for painting at billboard scale has been one obstacle to a fuller presentation of his work, and so has his tendency to hold back some important works from public view. 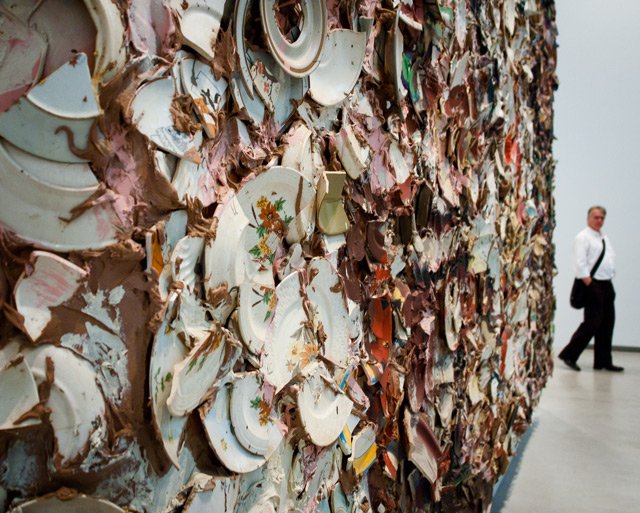 This is a really interesting article by Raphael Rubinstein that was published in this months issue of Art in America. Rubinsteins examines Schnabel's history or lack there of with some, not all American museum establishments and how that might change very soon thanks to Deitch mounting a retrospective at L.A.'s MOCA in 2012. 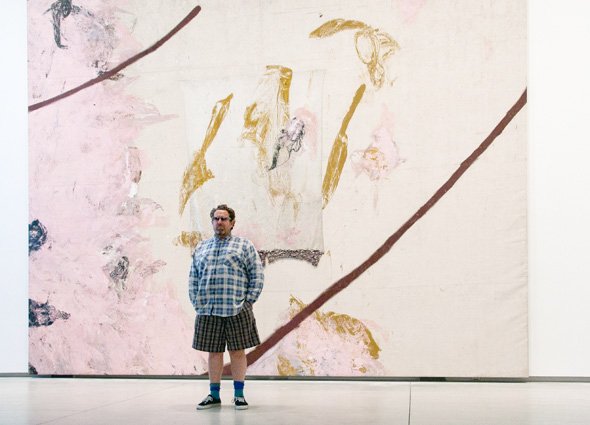 Beyond these shores, Schnabel has not been as neglected. In 2003, the Schirn Kunsthalle in Frankfurt mounted an extensive survey of his work that traveled to the Reina Sofía in Madrid and the Mostra d’Oltremare in Naples. More recently, the Art Gallery of Ontario (AGO) in Toronto presented “Julian Schnabel: Art and Film,” an exhibition that brought together some 40 paintings, two sculptures and eight Polaroids from 1975 to 2010. Asserting that cinema has played a central role in Schnabel’s work from the beginning, the show’s organizer, David Moos, who is the AGO’s curator of modern and contemporary art, assembled a compelling survey of Schnabel’s career in which every work had some connection to film. The exhibition coincided with the 2010 Toronto Film Festival, where Schnabel’s new movie, Miral, had its North American debut. In June, a large Schnabel show opens at the Museo Correr in Venice, coinciding with this year’s Biennale.

A visit to the AGO show last November made me realize, first, how few of Schnabel’s paintings I’d seen in the past two decades, and second, how powerful his work can be when encountered in person. Everyone knows that the reliance on reproductions of artworks (and paintings, in particular) fosters highly inaccurate notions about them, but it is still very easy to base one’s estimation of individual works or even entire careers on reproductions now, given their accessibility on the Internet. And more and more of our art experience happens on screens the size of placemats. All paintings suffer from reproduction, but Schnabel’s tend to be depleted more than most. The enormous scale of so many of them, which one experiences almost the way one experiences architecture; the disruptive surfaces of the plate paintings, in which images coalesce or break up dramatically depending on one’s viewing distance; the textures of his wildly various supports (weathered tarpaulins, pony skin, black velvet, polyester) that invite intensely haptic responses from viewers; a bounty of materials that range from encaustic and glossy resin to deer antlers and antique embroidery—these are all primary facts about the works that get lost in even the best photographic reproductions. It’s almost as if the artist deliberately set out to make paintings that resist easy translation into the medium of photography. Pursuing such a strategy would be consistent with Schnabel’s oft-stated belief in the importance of the viewer’s presence before the work of art. In 2003, he told Max Hollein, who organized the Schirn Kunsthalle show, “Paintings are physical things that need to be seen in person. It’s hard to get a painting’s intensity from a reproduction.” 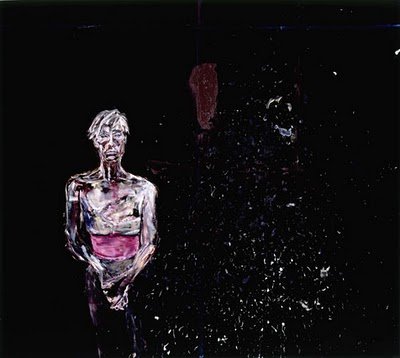 Portrait of Andy Warhol (1982). Half of an artistic exchange (Warhol did a portrait of Schnabel), it presents Warhol as a spectral figure glowing against a black-velvet background. (Like nearly all of Schnabel’s portraits, this one was done from life.) Delineated with abrupt strokes of bone white and scumbled violets and yellows, Warhol could be one of El Greco’s vulnerable, sinewy saints.