It's about the journey.

Catch the Lynda Benglis show at New Museum before its too late! 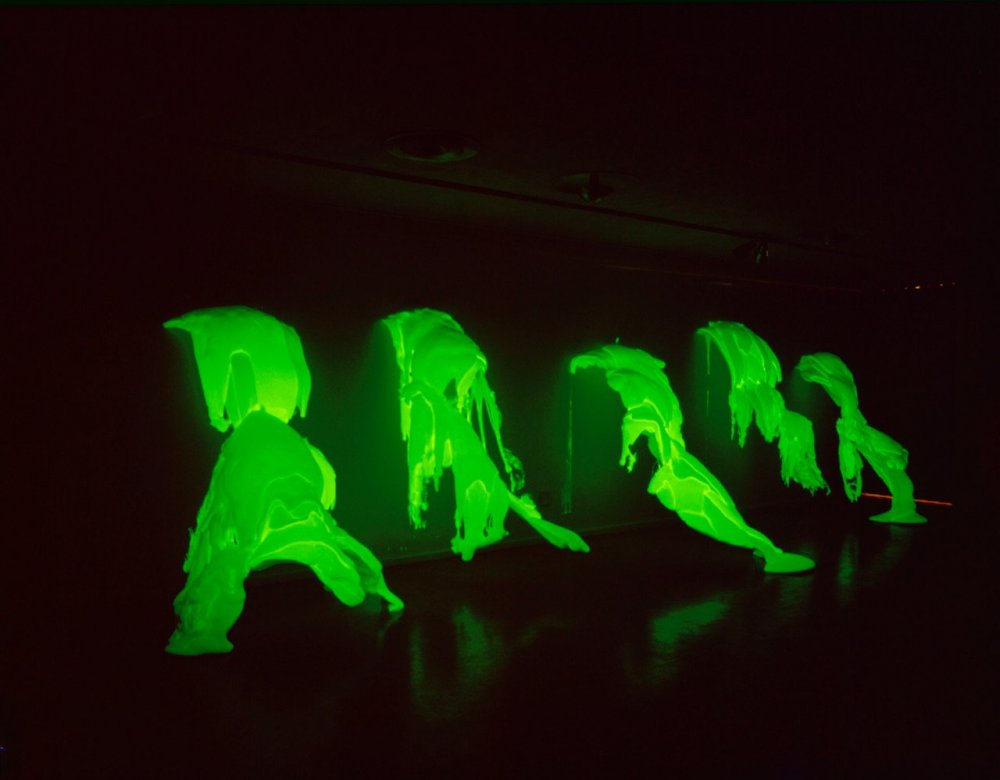 Over the past forty years, Lynda Benglis has developed a distinctive and influential sculptural language. Benglis rose to prominence during the 1960s and ’70s, a time when her singular practice both intersected with and transcended the categories of post-Minimalism and feminist art. Benglis’s sculptures suggest a remarkable range of influences, including the gestures of Abstract Expressionist painting, geological flows, and ceremonial totems. They rely on both exposing process and crafting feats of illusion to create sumptuous forms.

Originally from Louisiana, Benglis moved to New York in the mid-1960s and began her career as a painter influenced by Minimalism and Color Field painting. In 1968, she began creating her “Fallen Paintings” by pouring brightly colored latex in overlapping flows directly onto the floor, critically engaging with earlier painters like Jackson Pollock and Helen Frankenthaler. Benglis would gradually expand the range of her sculptural materials to include polyurethane foam, beeswax, plaster, cast aluminum, and bronze to name just a few. She moved effortlessly from floor to corner to wall and back again creating objects with palpable ties to her body and its potential actions, which have often been described as “frozen gestures.” Resisting the characterization as a process-based artist, Benglis equally embraced symbolism and decoration, confounding expectations and transforming the relationship between the viewer and the sculptural object.

The current exhibition, the artist’s first retrospective in New York and first in twenty years, spans the range of Benglis’s career including her early wax paintings, her brightly colored poured latex works, the “Torsos” and “Knots” series from the 1970s, and her recent experiments with plastics, cast glass, paper, and gold leaf. It features a number of rarely exhibited historic works including Phantom (1971), a dramatic polyurethane installation consisting of five monumental sculptures that glow in the dark, and the installation Primary Structures (Paula’s Props), first shown in 1975.

Alongside her sculptural output, Benglis created a radical body of work in video, photography, and media interventions that explore notions of power, gender relations, and role-playing. These works function in tandem with her sculpture to offer a pointed critique of sculptural machisimo and suggest a fluid awareness of gender and artistic identity. They also contribute to an understanding of the artist’s objects as simultaneously temporal and physically present, intuitive and psychologically charged.

This exhibition is organized by the Irish Museum of Modern Art, Dublin, in collaboration with Van Abbemuseum, Eindhoven; Le Consortium, Dijon; The Museum of Art, Rhode Island School of Design, Providence; and the New Museum, New York. 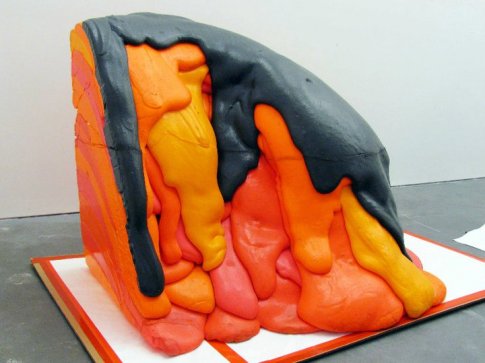 Catch this exhibit before it ends. Benglis's show is paint abstraction as sculpture..and so much more. 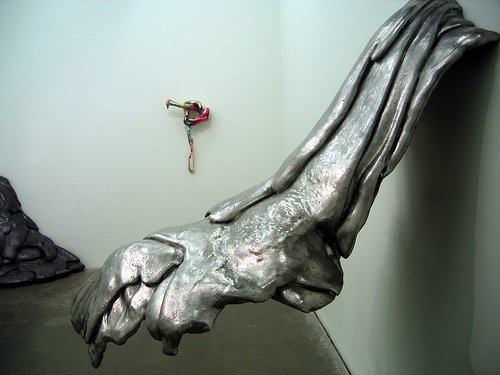 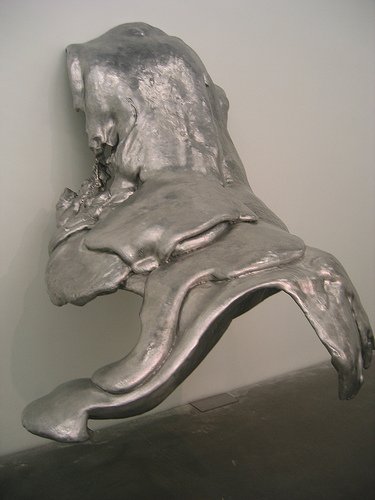