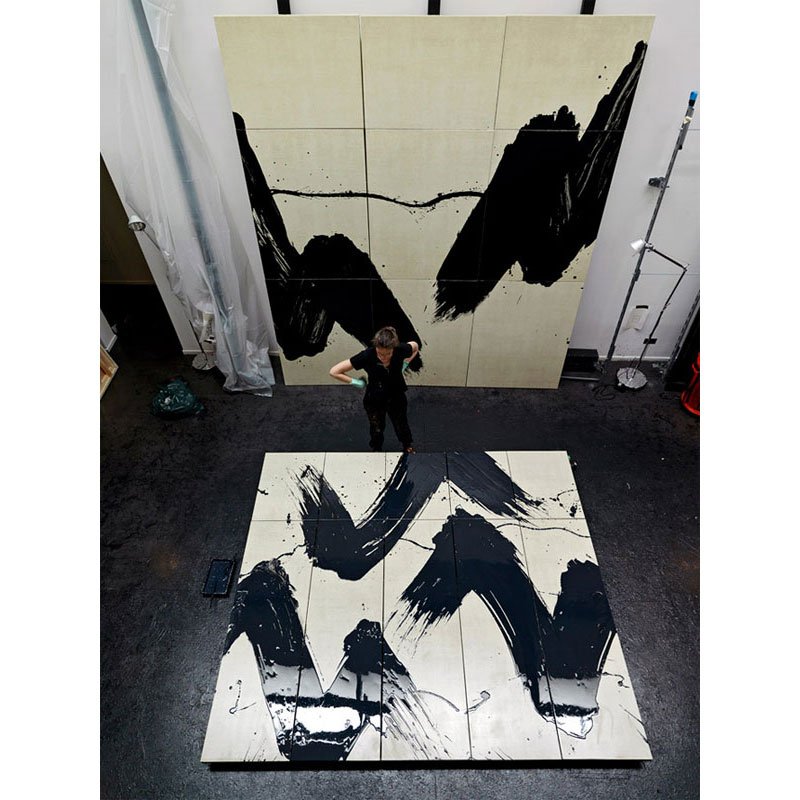 Fabienne Verdier is a painter of contemporary French, born 3 March 1962 in Paris. ‘She paints on large floor-standing chassis with new tools she has crafted herself and that enable a new approach of line and shape. It seeks to explore the relationship between movement, matter and the fundamental force of gravitation. She regularly exhibits his work in Europe. It came in many collections, including the Centre Pompidou , the Musée Cernuschi in Paris or the foundation H.Looser in Zurich.

Verdier’s studio is an instrument in her art. It was designed as a retreat for her preparatory ascetic practice,physical engagement and "excavation" of form which provide the basis of the act of painting.

The space is on a scale with her monumental works, allowing the artist to hang an enormous paintbrush and view the paintings from a distance via the mezzanine... The studio is beyond a mere refuge, it is a tool without which her works may never have been born. Dolorès Marat’s photographic essay faithfully portrays the full importance of the studio space to Fabienne Verdier’s work. 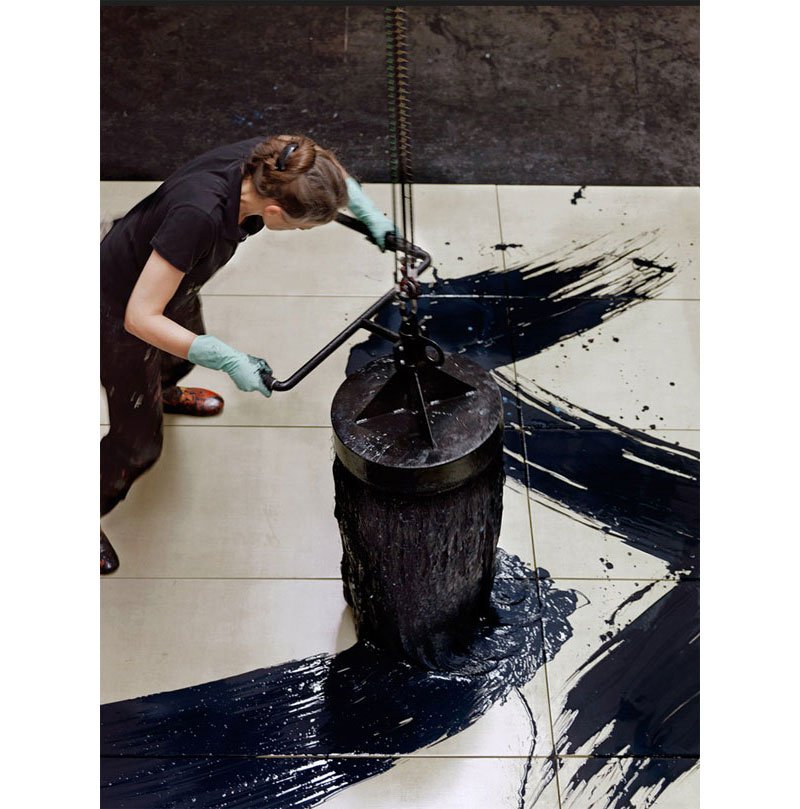 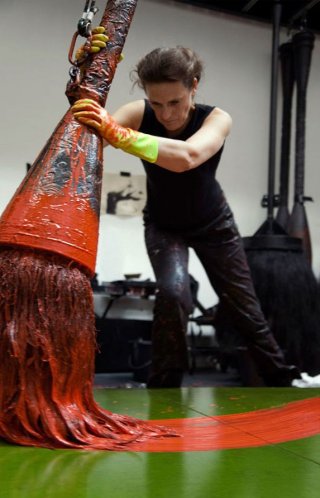 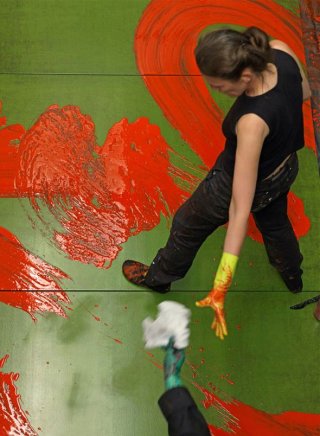