Kim arrived at LAX this weekend sporting 2 yellow gold and diamond earrings in each one of her ears -- a K and a W -- which obviously stand for Kanye West.

The two have only been dating for a few weeks ... but it seems they're moving pretty fast. They've already been on multiple dates, had ice cream together and Kanye even wrote a rap song dissing Kim's ex. 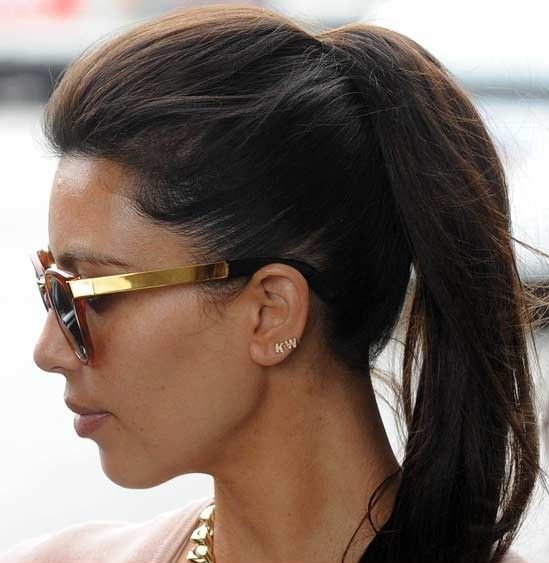 Attitude Problem? Who? Me?
Which would you pick?
Les Jeanclode Illustration
Tom and Jerry Sandwich
The Earth Without Art...
How you doin' Rihanna?