Sexy Riot is a blog/webzine which prime focus is on beautiful women.
@openzine

Yes, here's another exclusive issue of Sexy Riot. Welcome folks! We are so glad you are here with us  right now.  Oh man, are we glad we got to sit down with Anne Lindfjeld! First off this is our first international issue. What we mean by that is Anne is actually Danish. If you don't know her face you would if you were a hand-banger living in Europe. She now lives in the states and is totally kicking some ass. I'm not gonna get into details. Find out more about Anne with our cool interview. Cheers - Sexy Riot 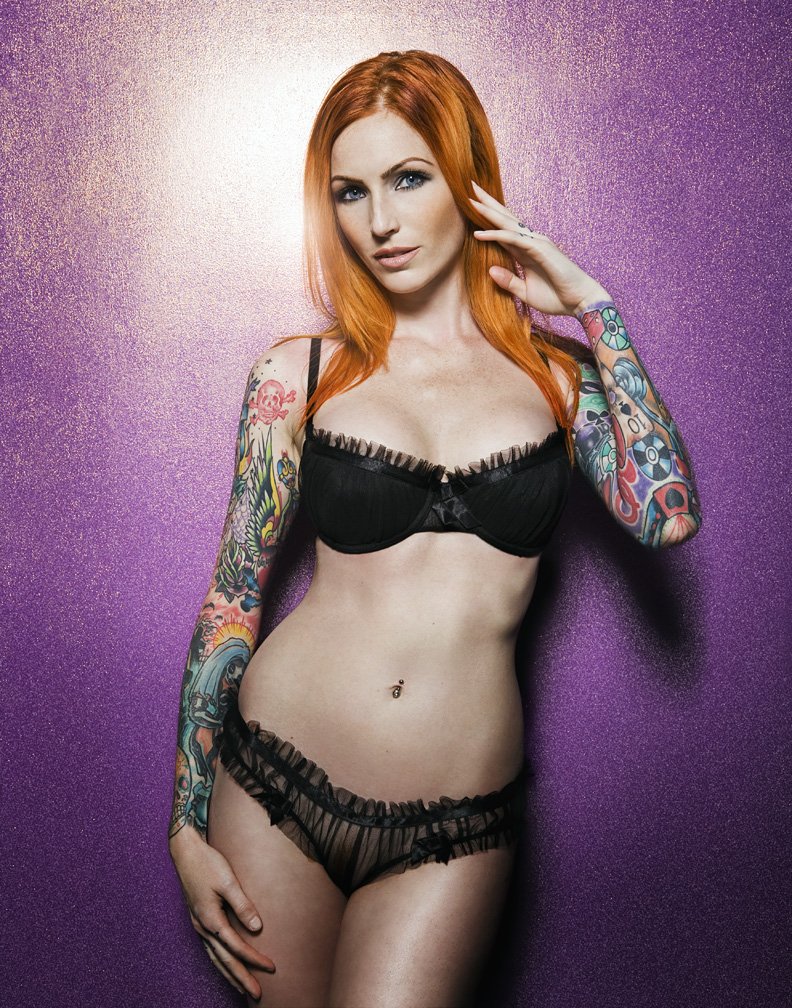 Any plans to put out a new calendar?
Not right now, Ill be doing a single month though for a danish charity organization for children with cancer for 2010.

What plans do you have this summer?

Well right now I'm in California for a month, hanging out with friends, doing some different shoots with some of my good friends and favorite photographers out here. There's gonna be a lot of pictures, magazine covers and catalog shots and stuff coming up very soon. 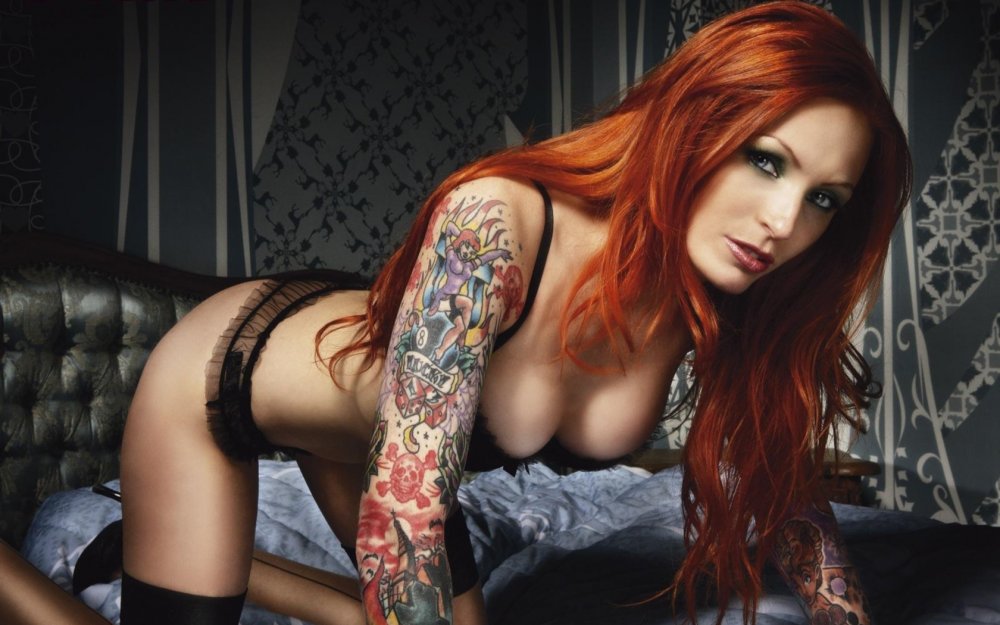 What are some unexpected opportunities that have come your way from modeling?

I think it's very hard to say if thing's happen because of my modeling or, because I'm actually a reliable and decent person that's easy to work with, shows up on time and always grabs the chances and opportunities that comes my way. I feel I've worked very hard to get where I am right now, and that's not really all that far, compared to many. I still have a regular job which I love and need to keep sane. Ultimately Happiness is on the top of my list, way above money or fame or any of that.

How did you get involved with MTV?

They hit me up on Myspace, and had a show they wanted me to try out for. Headbangersball. That ended up being my show for 4 years, and during that time I hosted MTV NEWS and Let There Be Rock, a show I created, too.

Anything you learned from TV that can be applied to modeling?

It's pretty much the other way around. I have though learned a lot from doing TV that I can now use when I do commercials and film.

How did it feel being on the cover of national and international magazines?

Well the first couple of times I was extremely proud. I still am but as I've gotten better, and learned my worth as a professional model, I've also gotten picky about the magazines I choose to appear in and the photographers I wanna work with. I'm not gonna do a cover just to do it.

Who are some of your favorite photographers?

Ultimately I'd love to shoot with Terry Richardson, or David Lachapelle. But the people that makes me look the best, that I love working with the most, that are the most amazing people to be around and makes the coolest pictures i think is Andy Hartmark, Ama Lea and Michelle Star. 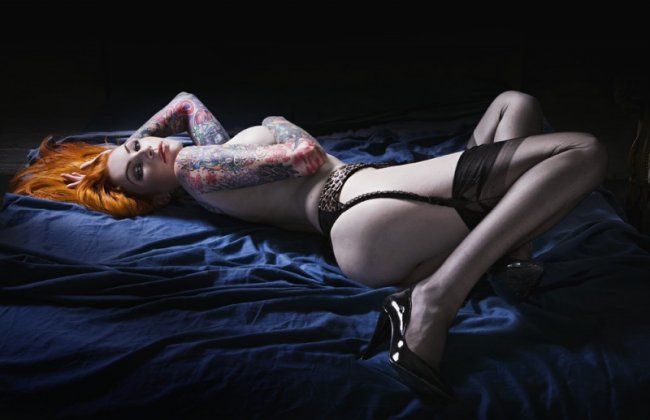 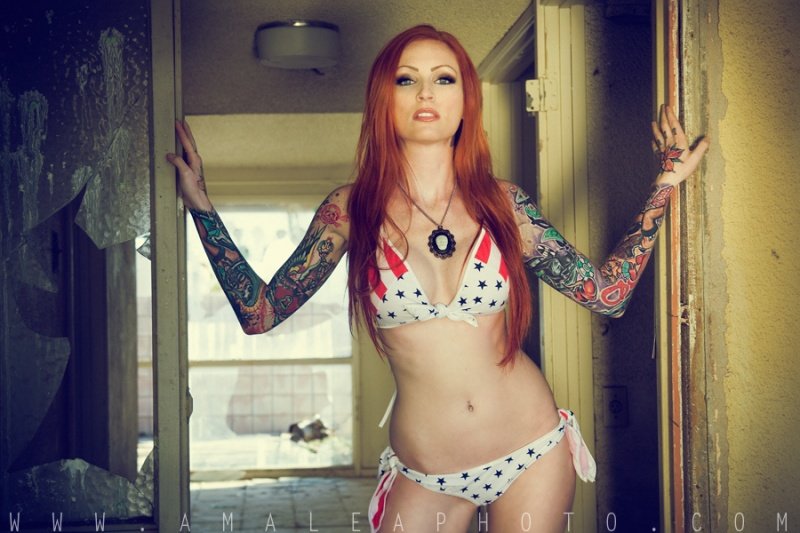 What metal bands are you listening to these days?

Currently I listen to DOWN and Faith No More a lot


What other music are you really into that readers may not know of?

For sleeping a good friend turned me into, EXPLOTIONS IN THE SKY, for BBQ or just chillin it's always SUBLIME I love PUSCIFER and STOLEN BABIES some super cute chicks to also check out is KERLI and SARAH BLACKWOOD

It was cool, I just kinda got over it when it got too big. Plus I felt I was better off doing my own thing. But they were always super cool too, they still are. I still talk to Missy every now and then.

You don’t do nudes anymore, any reason?...or do you?

No not really, I'm kinda over it, I've done a couple topless shots for PLAYBOY, since SG, but thats about it. I'd do nudes for PB again, or for David Lachapelle.... or if a shoot really called for it and it was for artistic reasons. But just to do it. No. I just don't see the point. I guess I find it too easy.


Any learning lessons you can give to the younger women starting out in the field?

Start posing in front of the mirror. Find your good sides and bad sides. Learn how to work the lights. KNOW that modeling is not easy. A pretty face and a good body is not gonna cut it. If you're not extremely blessed by nature you must always eat right, work out, take good care of your skin, hair, nails etc. Find a good photographer. Have some pictures taken, and send them out to some of the companies or agents that you'd like to work with. I'd suggest getting an agent...... always.

Is it true your good friends with Jesse James?

we are friends yes.

How do you feel about all of the scandals with him?

I think people need to mind their own fucking business.


Do you think it gives people a bad imagine of tattooed women and modeling at all?

There’s a lot more curiosity now. If people think differently about tattooed woman, or tattooed models, because of some guys sleeping around. Then people are sadder than and more pathetic than I would have ever thought. 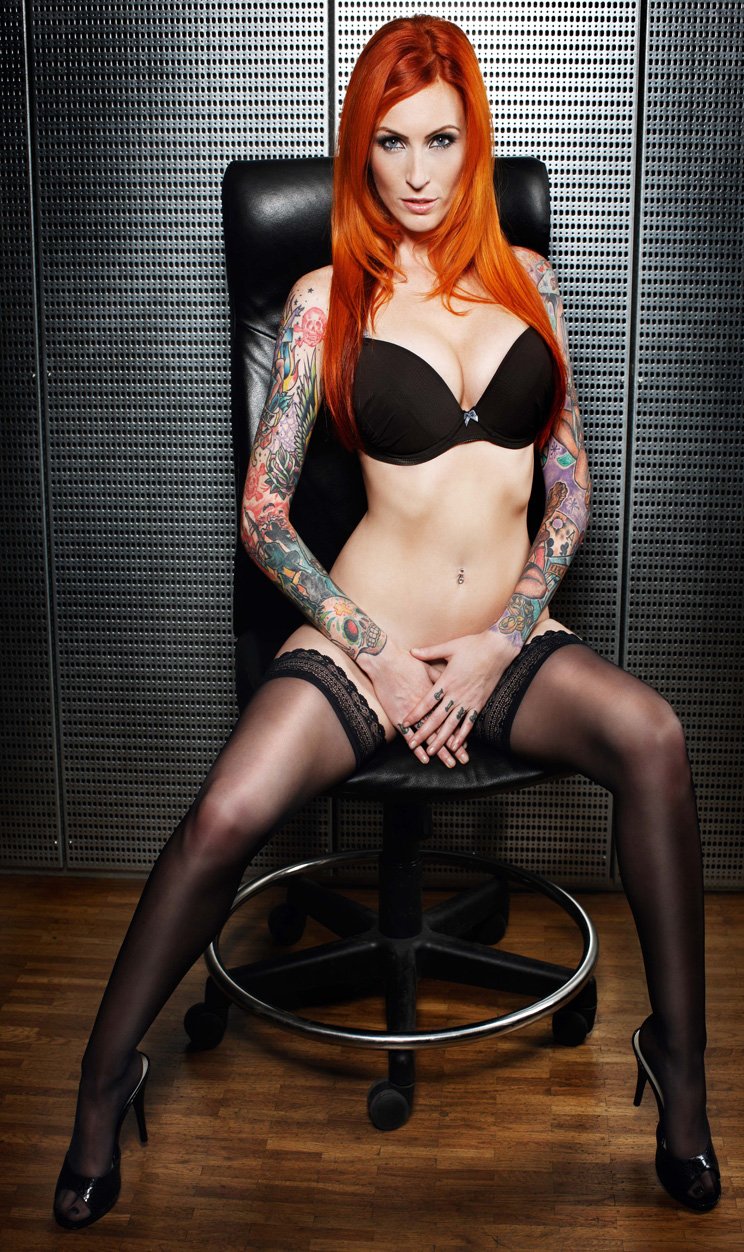 "There’s a lot more curiosity now. If people think differently about tattooed woman, or tattooed models, because of some guys sleeping around. Then people are sadder than and more pathetic than I would have ever thought."