Story behind why Tom Hardy was cast as 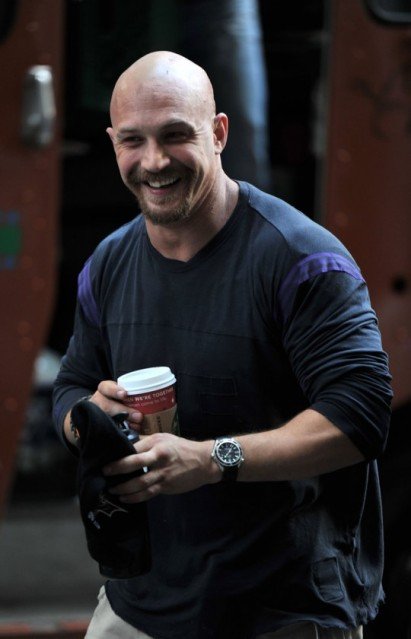 Tom Hardy seemed like a strange choice to some of us when we heard he was to play the masked villain Bane. Sure, he had just completed work on Inception with Christopher Nolan so the two had become good friends based on that, but what else could it be? Prior toThe Dark Knight Rises and Inception, Hardy wasn't known very well outside of  film fanatic circles. The one thing that he was really known for was a little film called Bronson.
In Bronson, Hardy played notorious British criminal Michael Gordon Peterson (nicknamed Charles Bronson by his promoter) who was well known as being “Britain's Most Violent Inmate.” During the course of pre-production for the film, Hardy put on 42 pounds of muscle for the role, and it shows when you see the cover. Aren't those the most terrifying arm muscles you've ever seen? Seriously, he looks like Donkey Kong. Within the film, we see just how bonkers and savage Hardy can be as the character, he's a total nutter.
When Hardy was cast as Bane he only assumed that it was because of his muscled up performance inBronson. He thought that Nolan had seen the film and was so impressed with both his acting skills and physical demeanor that he had to have him as Bane in the new Batman film. When he asked Chris this, he was shocked to find out that Nolan had never seen Bronson and originally cast him as Bane because of his work in Guy Richie's film RocknRolla. Keep reading this article