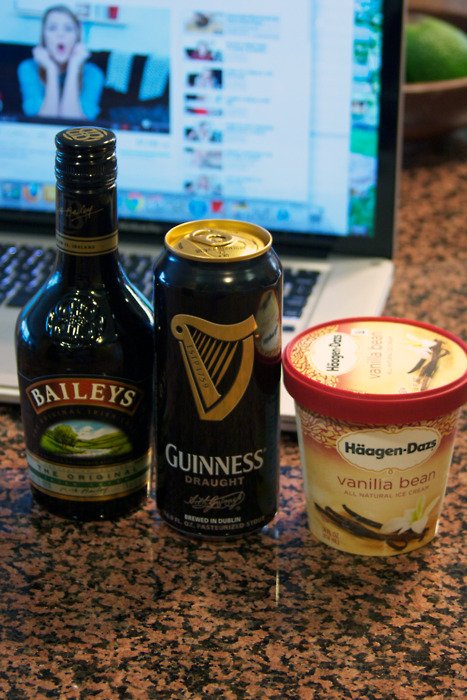 I had to test out the order in which to put in the different ingredients a few times.  The best way seemed to be adding the scoop of ice cream first, the shots of liquor second, and the Guinness last.  The Bailey’s and Ice Cream will probably start to coagulate in the Guinness, so use a spoon to stir things up and to scoop out the ice cream as you drink it. Not sure if it was a success….but it wasn’t bad! 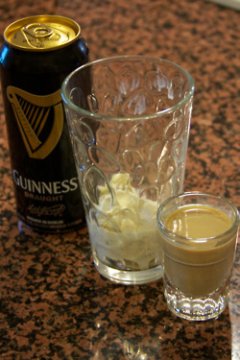 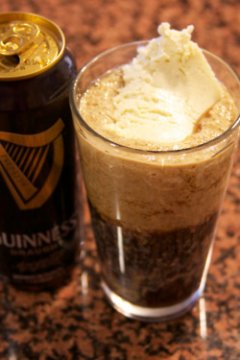