We are all born Originals 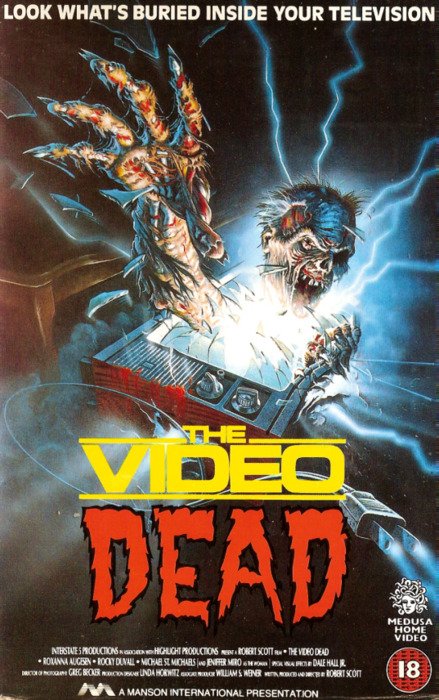 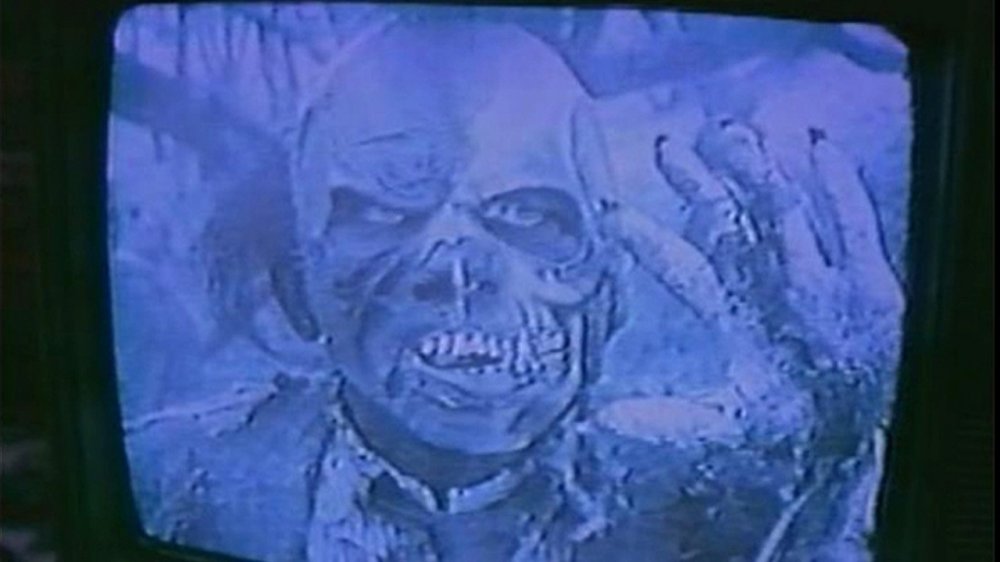 When the other B-Masters decided that this roundtable would be based off of a sort of "Secret Santa" idea I had some reservations. Not least was that the phrase "Tyrannical and Sadistic Santa" would have been more accurate. You see, the truth of the matter is that we all jumped at the opportunity to inflict something God awful on each other. Ken Begg was threatened with "The Trial of Billy Jack" and Dr. Freex had the poor luck of being given "Jonathan Livingston Seagull." So, when the latter gentleman informed me that my particular torment would be "The Video Dead," I was more than a little relieved.

The film begins when Mr. Jordan is roused by two deliverymen (who need new brakes for their van). They insist on him signing for a large crate, though the sender and contents are unknown. Okay, I'm paranoid anyway; plus watching movies like this for years doesn't help, but I would politely refuse the consignment. "No, I will not sign my death certificate. Now leave, before both myself and Mr. Twelve Gauge Mossberg get angry." Unfortunately for Mr. Jordan, he accepts the crate and unpacks the B&W television inside. The set has a worrisome peculiarity; there is only one movie on: "Zombie Blood Nightmare." After the writer goes to sleep the TV turns itself on and the main characters crawl out. When the deliverymen come back, because they delivered death to the wrong address, they make a gruesome discovery.

Three months pass before the Blairs purchase the home. Mom and dad are out of the country, so Zoe and Jeff take on the responsibility of moving in. I have no idea if the parents even visited the house before making a down payment. The important facts are that the TV is in the attic and the zombies are still loose in the nearby woods. Oh, Jeff also meets April and they seem to hit it off.

Jeff finds the television when he investigates a sound in the attic. The young man brings the infernal thing downstairs to his room and plugs it in. Immediately "Zombie Blood Nightmare" comes on (sort of odd, since the zombies are already out), but then the picture fuzzes over. What replaces the low budget horror film is a seductress who tantalizes Jeff's libido. Something about her features set off warning bells in my head; they are reminiscent of a woman who used to be a man! Telling Jeff wouldn't have done much good. At that age, most young males just look for the major landmarks of womanhood (boobs) and he was entranced, even moreso when she suddenly materialized in his room. A briefly embarrassing necking scene ensued, but then the woman reappeared inside the TV. 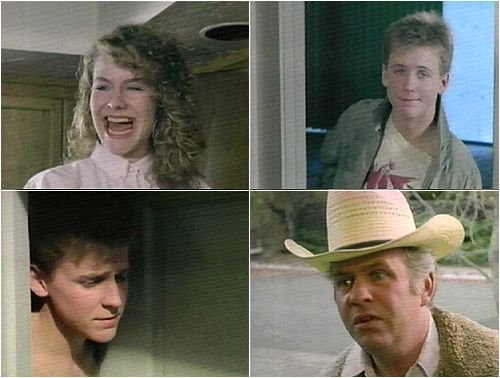