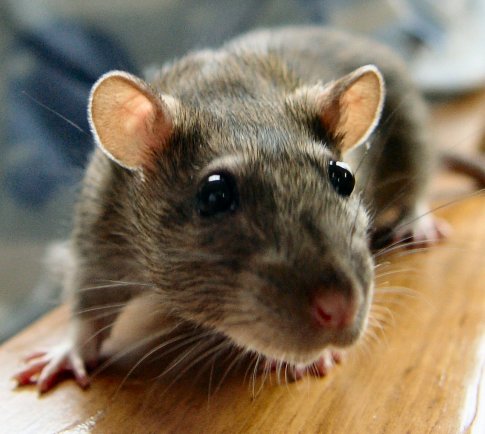 BALTIMORE — A police officer was attacked by a rat while riding to a crime scene in a patrol car earlier this week.

Baltimore police confirmed that the officer was riding in the passenger seat of an unmarked patrol car Wednesday while cruising down Hanover Street when he felt something on the back of his neck.

The officer swiped at his neck and discovered the big rodent crawling up his back, police said. The rat bit his palm and thumb before the officer was able to throw it out of the car window.

Police said the officer's partner rushed him to Harbor Hospital, where they were told they had to retrieve the rat to test it for diseases.The officer said he and his partner went back to where they threw the rat out, found it limping along the road and, after a small struggle, one of the officers beat the rat to death with an umbrella and bagged it.The officer who was bitten is on leave waiting to see if the rat is diseased.

Police said it's believed that the rat crawled up through the car's underbelly and bit apart some wires before it crawled into the back seat.

Police Officer feels something on his neck, discovers a rodent and when he tries to get it off it bites him! Gross!

Nazi Director freaks out Kirsten Dunst at Cannes
Ouija Board - Access to Unconscious Mind
Today I will make magic happen
No Texting While Walking in Fort Lee, NJ
Which would you pick?
Please Come Back