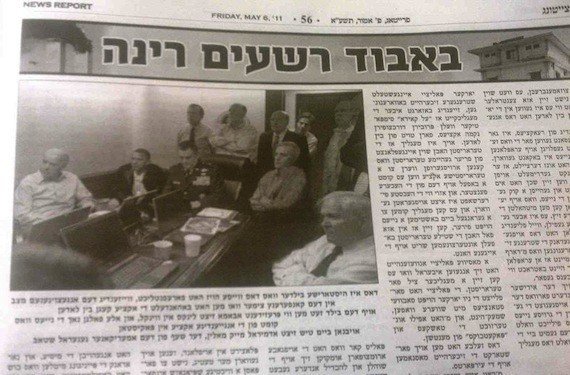 A Brooklyn-based Hasidic newspaper removed Secretary of State Hillary Clinton and another woman from the now-iconic photo of the Obama national security team watching the raid that killed Osama bin Laden from the White House Situation Room.

The original photo, taken as the raid was occurring, famously shows Clinton in the center of the room, with her hand over her mouth. But the newspaper Der Tzitung, described by the Jewish Week as "ultra-Orthodox," has a policy of never printing photos of women in its pages because it thinks they could be sexually suggestive. Thus, Clinton and counterterrorism director Audrey Tomason, who was seen standing at the back of the room, were removed from the picture.

The blogger Failed Messiah was the first to notice the Photoshopping. 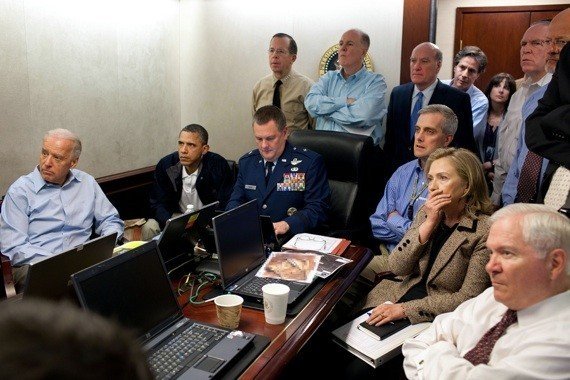