Jackie Gleason Ripped Off by Flintstones

Jackie Gleason was an American comedian that was extremely famous during the 1950’s and 1960’s. One of Gleason’s most famous projects was the sitcom The Honeymooners, which debuted in 1955. Although it became extremely famous, it suffered initially and was canceled after only 39 episodes.

What does this have to do with The Flintstones? In 1960, the animated sitcom The Flintstones debuted. While extremely successful, many people recognized that the two shows were extremely similar, with almost identical characters and premise.

There was longstanding controversy over the matter, but an official statement was never given until 1993 when the co-creator of The Flintstones admitted that it was based on The Honeymooners. Before the admission, Jackie Gleason contemplated suing but decided against it saying he didn’t want to be remembered as “the guy who yanked Fred Flintstone off the air.” 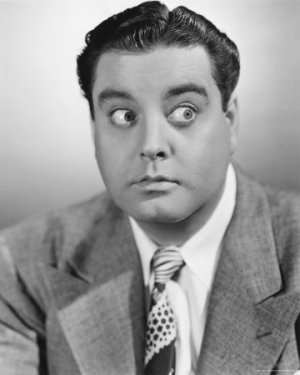 Dustin Hoffman on Success
Masked in the 1960's
When van Gogh Lost His Mind
Will Blog for Art
Funny Tattoo....
I only want one job...