In 1989, Kenneth Lamar Noid interpreted the Domino’s ads as a personal assault on his character. Believing he was engaged in an ongoing battle with Domino’s head Tom Monaghan, Noid took matters into his own hands, holding up a Domino’s outlet in Georgia. Details from Time Magazine. Kenneth Noid, 22, walked into a Domino’s Pizza shop in Chamblee, Ga., with a .357 Magnum revolver and took two employees hostage. When police arrived, he demanded $100,000 in cash, a getaway car and a copy of The Widow’s Son, a 1985 novel about secret societies in an 18th century Parisian prison.All Noid got was the pizza he ordered. After a five-hour siege, the two employees slipped away and Noid gave himself up. 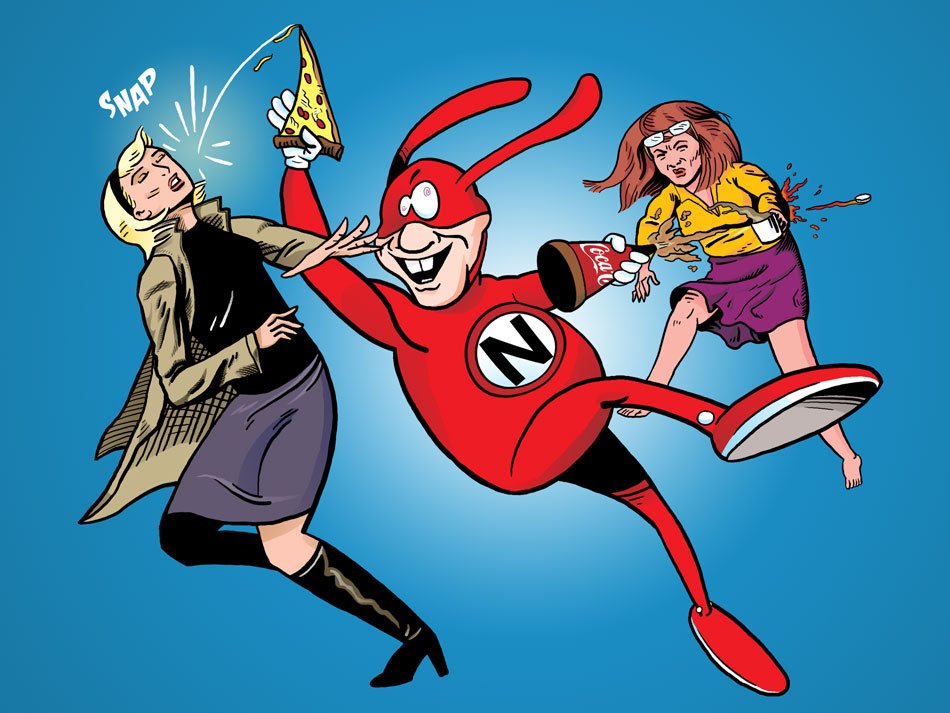 Did you know about the Noid Hostage Standoff?
Via: Mental Flossr
Image: Rufus Edge