Jeffrey Bush disappeared into the earth without a trace.

No body for the family to bury. Even his bedroom furniture and belongings were sucked into the ground when a sinkhole opened last month under the Seffner, Fla., home where he slept.

The fact that rescue workers were unable to retrieve his body has made the rare incident infinitely more painful for the family, brother Jeremy Bush said. Rescue teams from Hillsborough County at the time deemed the ground too unstable to attempt a rescue or retrieve the body and instead filled the hole with gravel.

"They did nothing," said Jeremy Bush, 36, who jumped into the sinkhole minutes after it opened to try to retrieve his brother. "They just left him there." 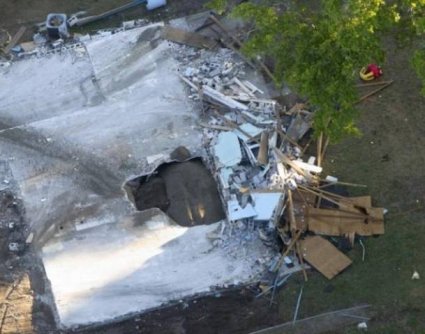 On the night of Feb. 28, after hearing a loud crash, Jeremy Bush ran to one of the bedrooms to see a deep, dirt-covered hole, about 20 feet across, where his brother was sleeping just moments before, he said. He jumped into the hole and clawed through the dirt searching for his brother. The hole was as deep as he is tall. He could see the house's plumbing poking out beneath the floor, he said.

Within minutes, a sheriff's deputy arrived and helped pull him from the hole, telling him the ground was still crumbling around them, Jeremy Bush said. They ran out of the home. No one ever went inside again, he said.

As the family watched from the street, engineers lowered a microphone into the hole to try to pick up signs of Jeffrey Bush. But a second collapse rattled the foundation and sucked the equipment into the hole, Jeremy Bush said.

After more tests the next day, engineers deemed the property too dangerous for rescue or recovery, said Willie Puz, a Hillsborough County spokesman. The engineers "advised us that additional collapses could happen at any time and it was an unsafe scene," he said. "We made our decisions based off that."

Tearful family members placed flowers and a teddy bear in front of the home, saying their final goodbyes to Jeffrey Bush. The house was demolished and the hole filled in with four truckloads of gravel, essentially creating his grave.

It's not the first time disaster victims have been left underground. The bodies of dozens of miners have been left behind in the wake of mine explosions or collapses in recent decades when the mines became too treacherous for rescue workers, said Celeste Monforton, a professorial lecturer at George Washington University who has been involved in mine disaster investigations. 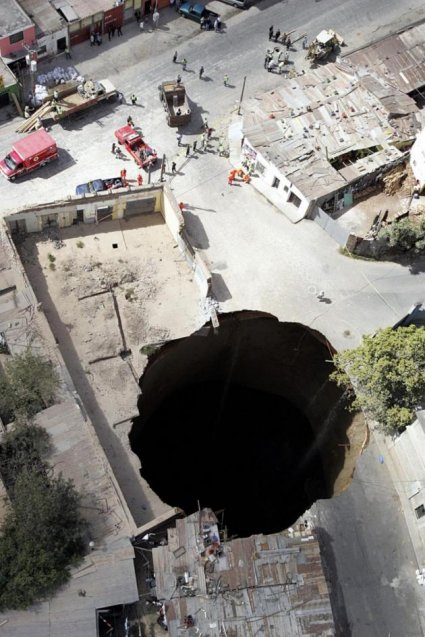 Family of sinkhole victim felt rescuers could have done more, but experts equate the search to diving into quicksand.

"They ran out of the home. No one ever went inside again"
via: USA Today
Keep reading this story

Marfan Syndrome is Nuts
Banks are Bad?
Carving Exotic Melons
A girl's legs are her best friends.
Which would you pick?
New Jersey Fist Pump