Snidbit of Basquiat interview from 82 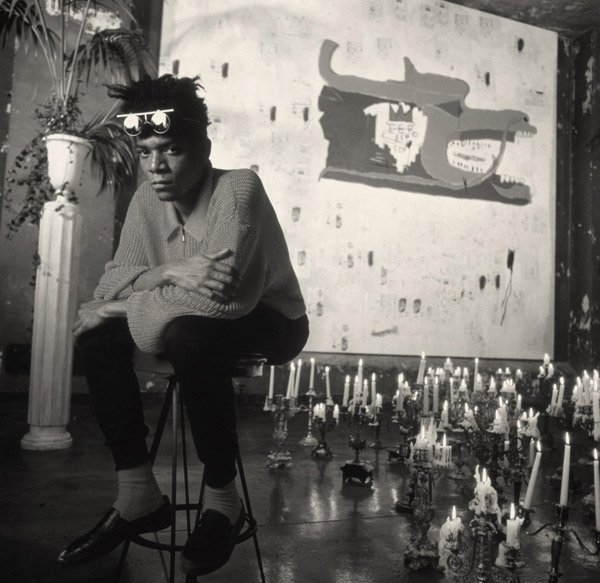 From an early 1982 interview

MM: There's a certain, let's use the term, crudity, to your heads . . .Do you like it that way or would you like to get them more refined in a realistic way?

JMB: . . .I haven't met that many refined people. Most people are generally crude.

JMB: Believe it or not, I can actually draw.

MM: You're what, Haitian-Puerto Rican, is that - Do you feel that's in your art?

MM: Or culturally . . . I mean for instace, Haiti is of course famous for it's art.

JMB: That's why I said genetically. I've never been there. And I grew up in, you know, the principal American vacuum, you know, television mostly.

MM: No Haitian primitives on your wall?

MM: And just skim them and start including certain -

JMB: No, man, when I'm working I hear them, you know, and I just throw them down.

MM: . . . It's just spontaneous juxtapostions and there's no logic?