Ok, what?! Teenagers in California were recently busted doing the unthinkable: getting drunk on hand sanitizer. This new trend is dangerous, and has sent many teens to the hospital with alcohol poisoning.

As ABC News reports, hand sanitizer is the latest in a string of household products used to induce intoxication, and it has public health officials worried. A few squirts of hand sanitizer could equal a couple of shots of hard liquor. California has a reported 2,600 cases since 2010, and it’s becoming a national issue.

Helen Arbogast, an injury prevention coordinator at Children’s Hospital Los Angeles, told ABC News that, “Since 2009 we can see on YouTube it’s in all regions of the country. We see it in the South, in the Midwest, in the East.” Liquid hand sanitizer contains roughly 65 percent ethanol—the main ingredient in beer, wine and spirits—making it 120-proof. Compared to vodka, which is 80-proof, you can pretty much tell how serious a problem this holds. Keep reading this article 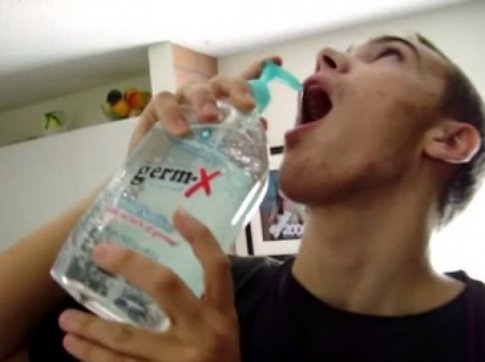 Off of Hand Sanitizer?