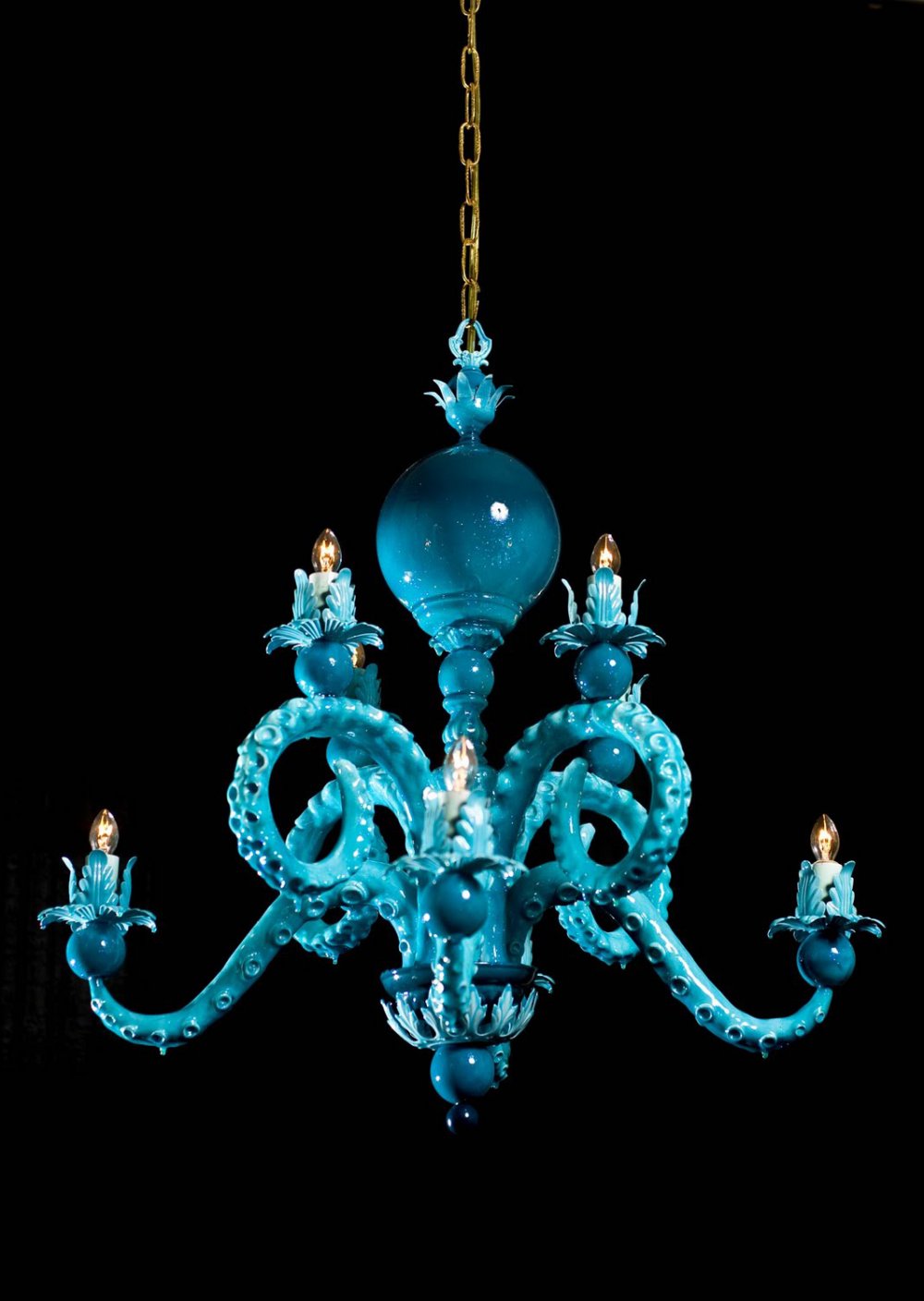 Inspired by an obsession with the ocean and a fascination with extravagant interiors of old churches, Adam Wallacavage transformed the dining room of his South Philadelphia Victorian Brownstone into something from the pages of a Jules Verne novel. Teaching himself the ancient art of ornamental plastering, Adam evolved his new found skills into making plaster cast octopus shaped chandeliers as the final touch to his underwater themed room. Not content with leaving the chandeliers to his own home, Adam continued his experimentation by making more and more. He changed the shapes and colors and even collaborated with famed jewelry designer, Tarina Tarantino, who supplied the beautiful pearls for his pink glitter chandelier featured in his first showing at Jonathan LeVine Gallery in June of 2006. The same chandelier will be inclulded in the Juxtapoz retrospective show at the Laguna Art Museum in June of 2008, before arriving at it’s permanent home, in the entrance of Tarina’s new Sparkle Factory, in downtown LA.

Beyond making chandeliers, Adam Wallacavage is also an accomplished photographer, documenting artists, musicians, daredevils and all things weird and wonderful. His first book, Monster Size Monsters,  was released in August of 2006 through Gingko Press and spans fifteen years of his photography. 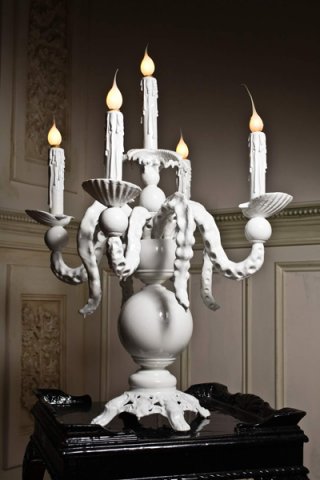 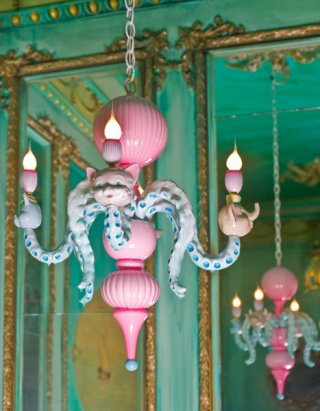 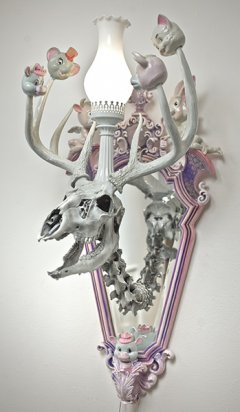 Where is your Heart?
Fla. Man Disappears Into Sinkhole
James Murphy Illustration
Samuel Bradley
Conceptual Art can Suck It
Today I will make magic happen