Claire Morgan: In her own words

My work is about our relationship with the rest of nature, explored through notions of change, the passing of time, and the transience of everything around us. For me, creating seemingly solid structures or forms from thousands of individually suspended elements has a direct relation with my experience of these forces. There is a sense of fragility and a lack of solidity that carries through all the sculptures. I feel as if they are somewhere between movement and stillness, and thus in possession of a certain energy. 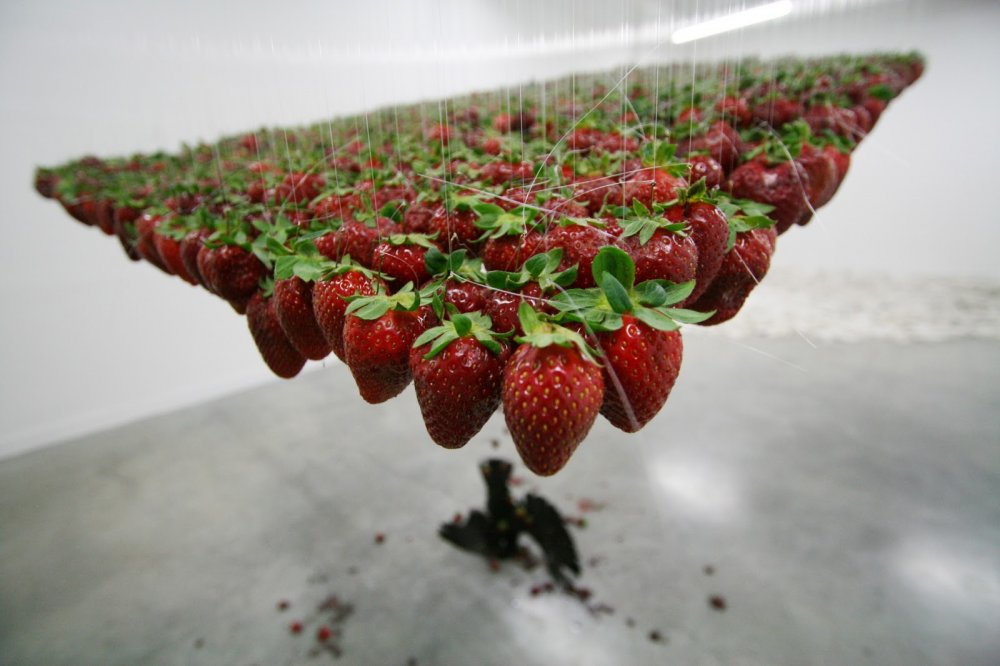 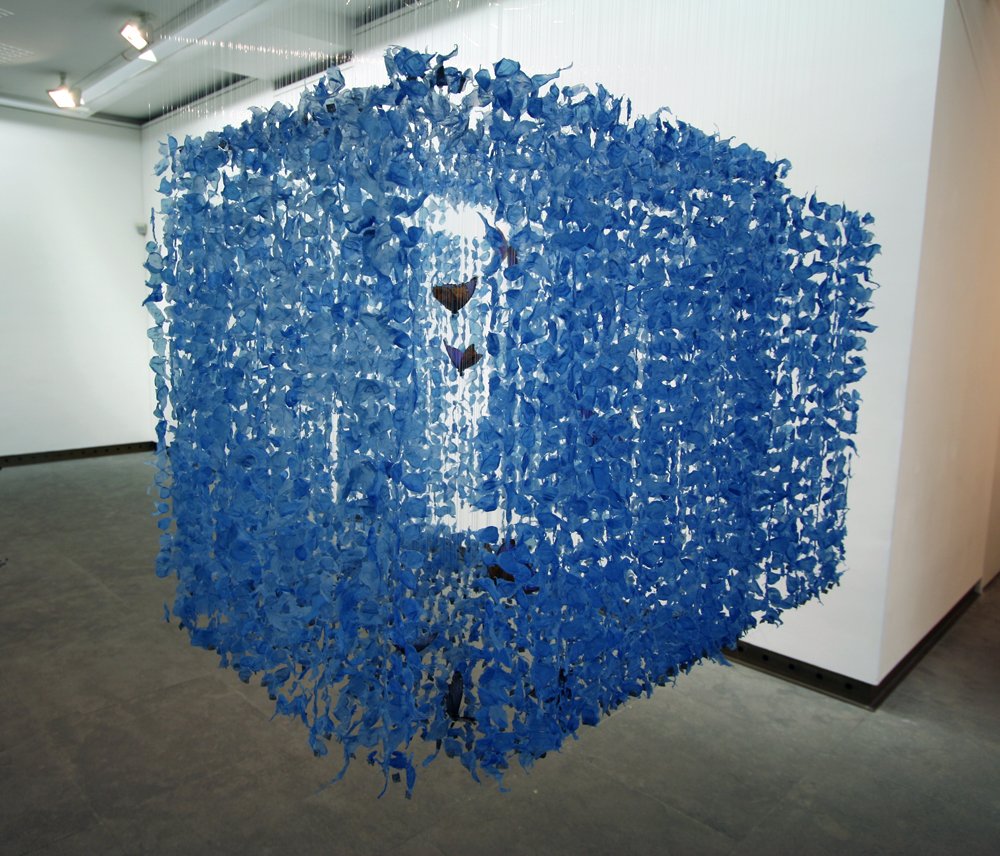 Animals, birds and insects have been present in my recent sculptures, and I use suspense to create something akin to freeze frames. In some works, animals might appear to rest, fly or fall through other seemingly solid suspended forms. In other works, insects appear to fly in static formations. The evidence of gravity - or lack of it - inherent in these scenarios is what brings them to life, or death. 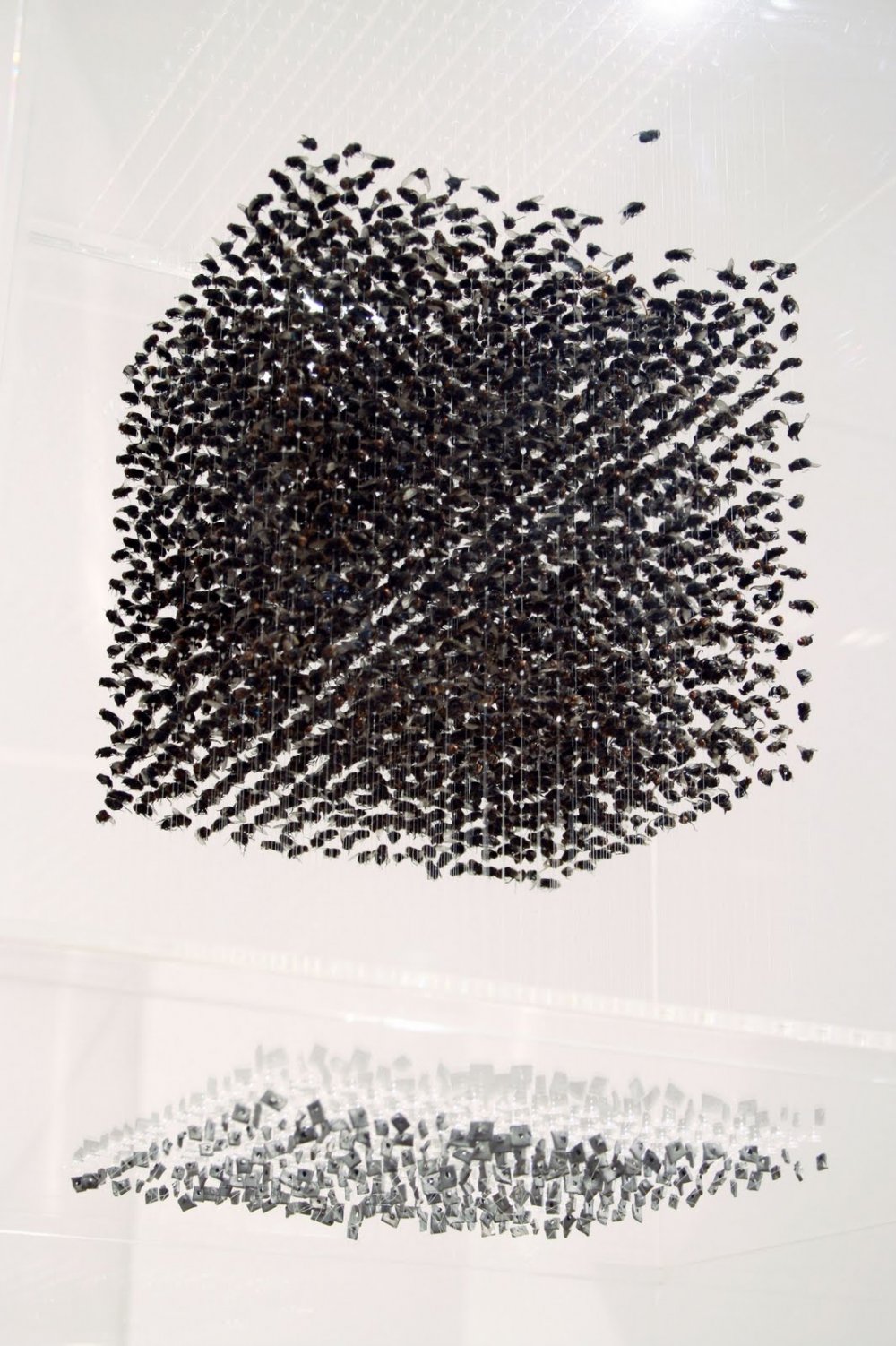 I feel a close connection with the natural world which I hope is evident in my work, but our clumsy, often destructive relationship with nature, and the 'artificial' world we have contrived for ourselves are of equal significance. Ultimately I find myself focussing on areas where the boundaries cannot be clearly defined.

The titles of the works are very important, and often make reference to historical or contemporary popular culture, words being appropriated from the titles of films or books, or phrases being manipulated through combination with the artwork. These connections often add a comedic element to the works, a sense of irony or bluntness that keeps them firmly rooted in my experience of the world that we humans inhabit. Though the phrases have a specific history, the jarring between the title and the form can bring a desirable ambiguity through intentionally creating confusion.

The processes involved in the work are laborious and there are thousands of individual elements involved, but clarity of form is of high importance. I do not wish the animals to provide a narrative, but rather to introduce an element of movement, or energy, or some sort of reality; animating or interacting with the larger architectural forms.

Drawing is important, and allows me to explore a different side of each idea. The processes involved in my blood drawings bring a growing degree of understanding of material and form. "

In Her Own Words

Rawlins Calderone, designing my dream home.
Ohio 1961
Hiding from Stupid People
Ville Savima feature (from Live Fast Mag)
Chuck Norris gets an Award
I don't have to sleep ever again.