7. GERALD MITCHELL, TEXAS, 2001 — one bag of assorted Jolly Ranchers & LEWIS GILBERT, OKLAHOMA, 2003— a half-gallon of vanilla ice cream, a box of assorted cones and a box of Whoppers.

6. TIMOTHY MCVEIGH, THE FEDS, 2001 — 2 pints of mint chocolate chip ice cream. Federal criminals are limited to a frugal $20 tab for their last meal requests. During the time leading up to his execution, the radical, self-serving, asinine, propagandizing, deluded animal rights group, PETA, spent time corresponding with McVeigh, imploring him to order a meatless last meal.

4. AILEEN WUORNOS, FLORIDA, 2002— One from the softer side of death row. Wuornos didn’t order a last meal and skipped the regular fare of barbecued chicken, mashed potatoes, apple crisp and tea but had a cup of coffee about 12:30 a.m. Instead, ate a hamburger and other snack food from the prison’s canteen. Later, she drank a cup of coffee. Her story has been portrayed in two movies, three books and an opera.

2. JOHN WAYNE GACY, ILLINOIS, 1994— Kentucky Fried Chicken, fried shrimp, french fries, strawberries and Diet Coke. Once you get the Colonel’s recipe of secret herbs and spices in your blood, it’s pretty tough to shake. Gacy, the killer of at least 33 young men, was a former manager of a KFC.

1. ROBERT BUELL, OHIO, 2002—A single black, unpitted olive. Actually, Buell was paying homage to to Victor Ferguer, the last prisoner executed by the federal government until Timothy McVeigh. Ferguer was hanged in 1963. His last meal—an olive with the pit still in it. He told prison officials that he hoped it would sprout from his body an olive tree — a sign of peace. Ferguer’s body was unclaimed by family and was quickly taken away by a funeral home after the execution and buried. His unmarked grave in a barren corner of a public cemetery bears no olive tree.

Ever been curious what serial killer nutjobs eat as a last meal? Well, here's the top 10. I never knew this shit was achived. WTF? 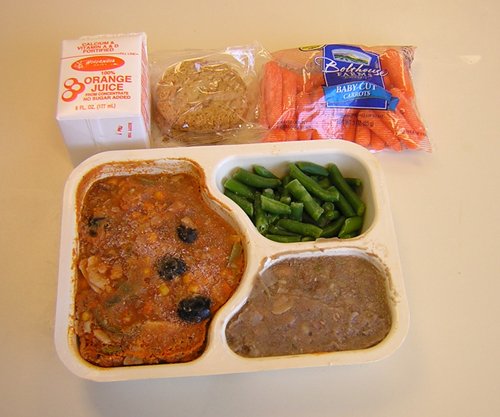 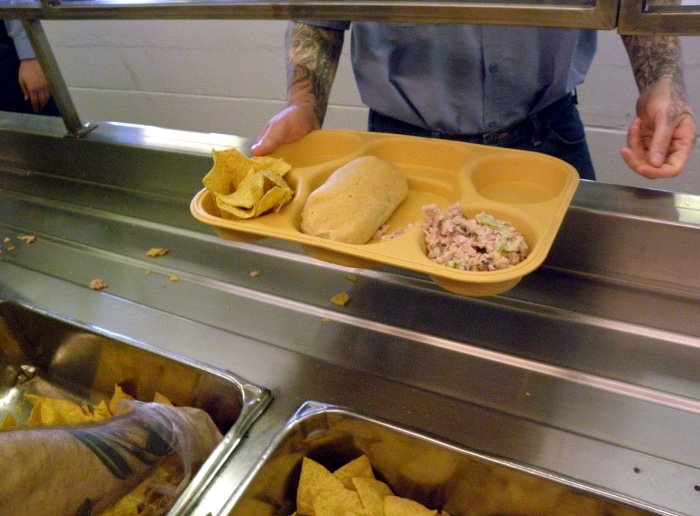 10. GARY GILMORE, UTAH, 1977— The alpha. The first person executed when the death penalty was reinstated. Hamburger, eggs, potatoes and contraband bourbon. Happy about winning his legal battle for immediate execution, Gilmore spent his last evening dancing with relatives and tossing back a few mini-bottles of smuggled bourbon.

9. THOMAS GRASSO, OKLAHOMA, 1995— The signature meal in “Last Suppers”. Mr. Grasso devoured a dozen steamed mussels, a Burger King double cheeseburger with mustard, mayonnaise, lettuce and tomato, a can of Franco-American spaghetti with meatballs, a mango, half of a pumpkin pie with whipped cream, and a strawberry milkshake. But, there was a problem. Mr. Grasso had been served spaghetti and meatballs, but had actually requested Spaghetti-O’s. He did not take this slight lightly, his last words included this complaint, “I did not get my Spaghetti-O’s. I got spaghetti. I want the press to know this!” 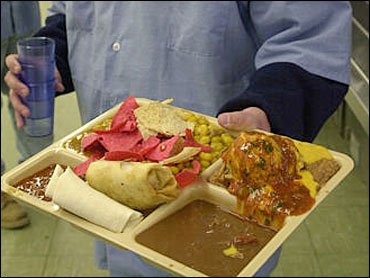 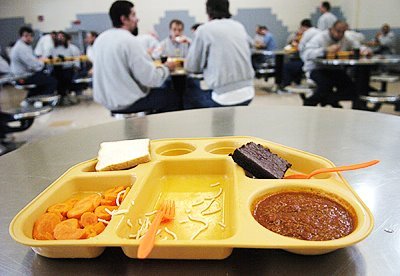 Cheeseburger On a Trampoline
Perez Hilton look like Slimer?
Love Letters
Baby Elephant Face-Plant
Have You Paid Your Bill?
Dinosaur Delivery via Boston Museum of Science