Madonna gets what she wants; by saying it.

The federal judge presiding over a copyright infringement lawsuit brought against Warner Bros. by the man who created the distinctive tattoo worn by Ed Helms in The Hangover: Part II has declined to halt the Thursday release of the film.

"We are very gratified by the Court's decision which will allow the highly anticipated film, The Hangover: Part II to be released on schedule this week around the world,” Warners said in a statement. “Plaintiff's failed attempt to enjoin the film in order to try and extract a massive settlement payment from Warner Bros. was highly inappropriate and unwarranted."

S. Victor Whitmill, the tattoo artist who created the original mark for boxer Mike Tyson, who appears in both Hangover films, sued April 28 seeking an injunction and damages for copyright infringement. Warner Bros. executives Dan Fellman and Sue Kroll testified at a hearing Monday that issuing an injunction against the film's release would inflict irreparable harm on the studio, which has spent more than $80 million to market the film.

U.S. District Court Judge Catherine D. Perry. agreed with the studio, denying the injunction but allowing the case to move forward.  She did say that Whitmill had a strong likelihood of ultimately succeeding on the merits of the case but that the hardship on the studio and the third-party theater owners who planned to screen the film this weekend would simply be too great.

She also said she was willing to hold an expedited trial on the issue of liability and consider a request for a permanent injunction, which could stop the film's distribution (on DVD, cable and other outlets) at a later date.

In the hearing Monday it was said by a Warner Bros. lawyer that Whitmill asked Warners for a $30 million settlement, but Whitmill lawyers argued to the judge that the $30 million demand came up only after Warners asked for an assessment of what the studio's potential damages exposure might be.

Now, without the leverage of a possible injunction hanging over the studio's head, the tattoo artist is unlikely to be offered a fraction of that to settle the case. But the litigation is still alive and will now proceed as a straight infringement action, with Whitmill required to first show that he has a valid copyright in the image and that the one depicted in Hangover 2 is substantially similar. 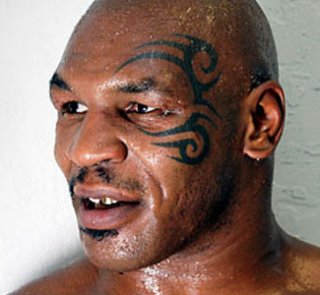 Tattoo artist sues Warner Bros, not wanting the film to be released for copyright infringement. But, the court decided to let the film be released as schedued. 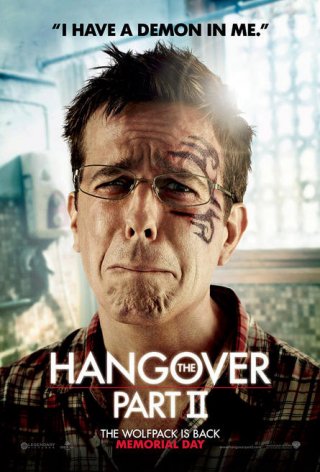