Photographer Jeremy Cowart learned about their story while in Rwanda this summer. Each of Cowart’s photos shows a pair of people: one a victim, the other an oppressor in the Rwanda genocide, a mass killing of members of the Tutsi tribe led by members of the Hutu tribe. The subjects of the photos have since made peace and are shown displaying powerful messages. One says, “Truth restores trust.” Others include “Forgiveness releases fear” and “We restored our humanity.”

“My favorite moment with every photo is seeing the moment when they laugh and you can tell these people really have reconciled,” Cowart said. “It's not a front. There is true friendship that has been rebuilt after genocide.”

Cowart traveled to Rwanda with filmmaker Laura Waters Hinson after being inspired by her documentary “As We Forgive.” He wanted to photograph the reconciliation that has taken place with the help of the As We Forgive Rwanda Initiative. Within each frame, one person directly hurt the other, either by killing members of his family or stealing his property. Each victim has expressed forgiveness, and many have befriended the men who tore their lives apart.

“In America, we can't even forgive someone if they take our parking spot,” Cowart said. But these individuals have forgiven the people who ripped away some of the most precious things in life – family, security, innocence.

Cowart said he was personally affected by their willingness to forgive. Through these images, he hopes to tell their stories of conquering fears and embracing forgiveness. 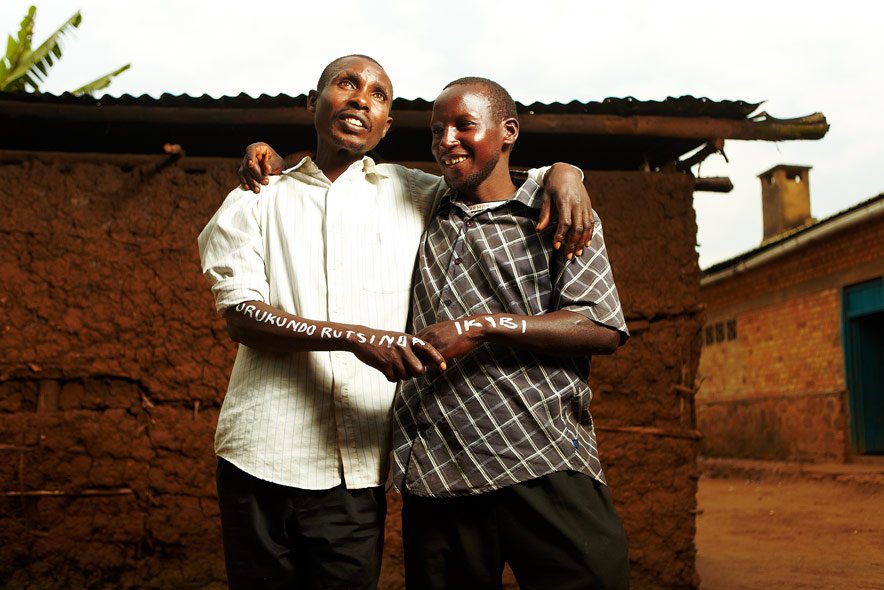 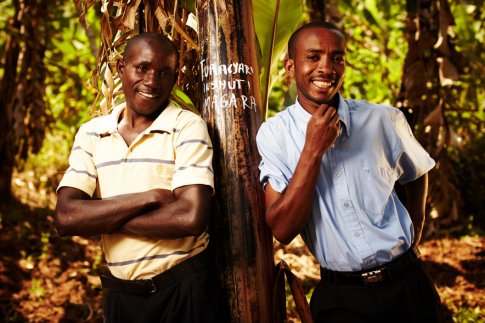 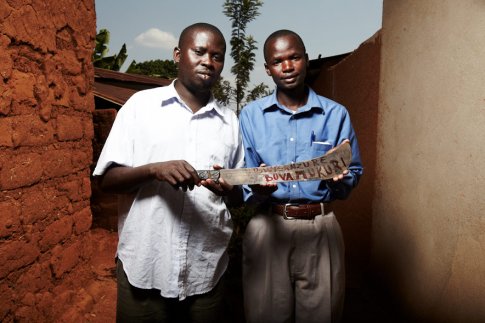 Innocent, left, killed Gasperd's brother during the 1994 Rwandan genocide. Now they stand together, reconciled, where the murder took place, holding hands. "Love is a weapon to destroy evil" is written across their arms.

Friendship built after genocide in Rwanda. 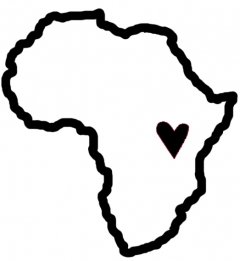