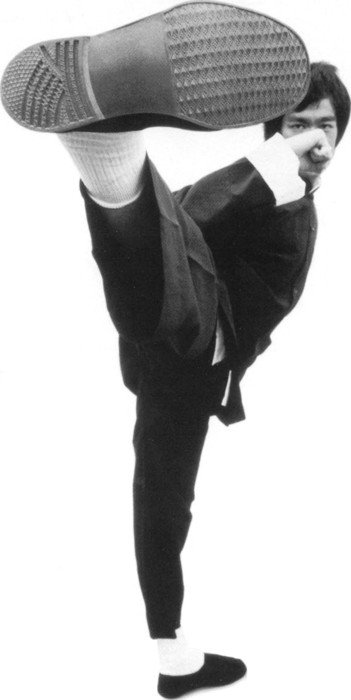 Generally Bruce Lee avoided refined flour. So, he did not eat many baked foods such as biscuits and cakes, which he described as being “empty calories“. It is worth mentioning that today many people attribute irritable bowel syndrome to the excess consumption of refined flours. His philosophy was not to consume calories that did not provide some benefit to the body.

Bruce Lee enjoyed Chinese food, as he felt that western food was often too bland. Some of his favourite Chinese dishes were beef in oyster sauce and tofu. However, he loved to eat steak and liver too, but overall preferred the more balanced approach of Asian dishes. He felt that often Western food placed too much emphasis on protein and fat and not enough on carbohydrates from vegetables, rice, pasta etc.

Bruce Lee did not like dairy food, and only ate dairy as part of protein drinks, usually using powdered milk instead of fresh milk.

For Bruce Lee concentration on the type of foods eaten were not the only important consideration, the size of portions and number of meals were just as important. Bruce Lee would usually consume four or five smaller meals a day rather than a couple of large meals, plus some healthy snacks such as fruits. Today body builders often follow similar eating habits, eating high protein meals approximately every four hours to ensure the body has a good supply of proteins to help build and repair muscle tissue. Eating more often than every four hours can put too much pressure on the digestive system, leading to indigestion. This is another reason why constant snacking is not good for you.