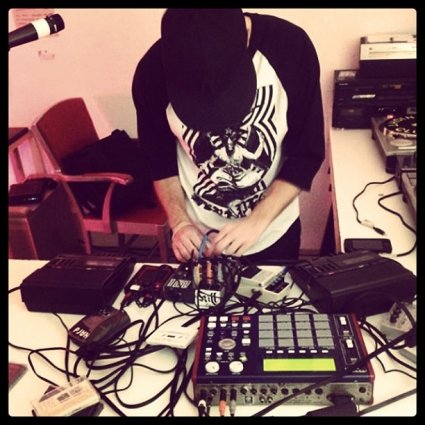 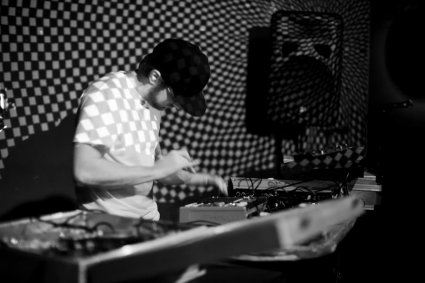 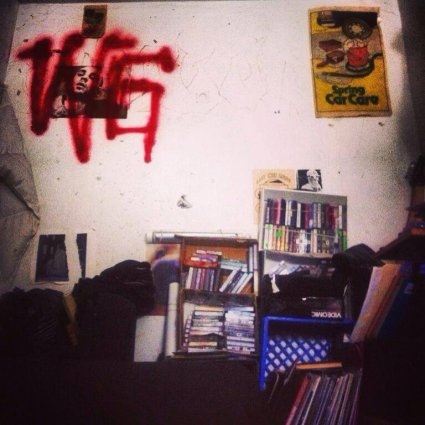 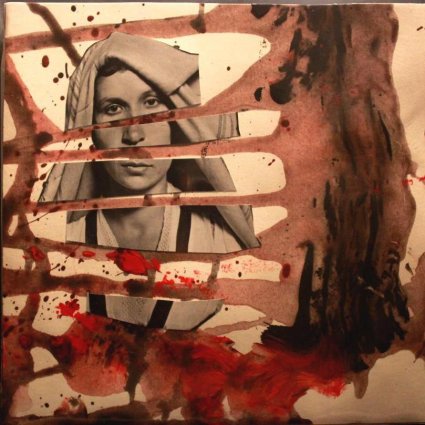 When did you start making music?

Around 19 learning on the MPC which is still my main axe. But I was always messin' around and listening. I remember playing with those old fisher price turntables and sitting in my room all day making mix-tapes off the radio, that was the best. You get half of your favourite song on some shitty tape and still be hyped. I played the trombone for like a month in 3rd grade but felt I had to quit in order to stay "focused" because I was learning how to multiply. Tried picking up the guitar a few times and as much as I love folk/blues music I could never commit like I can to that dumb solid beat machine. I still cant forget the smell of that brass oil/lube whatever the hell it is in that old band room. 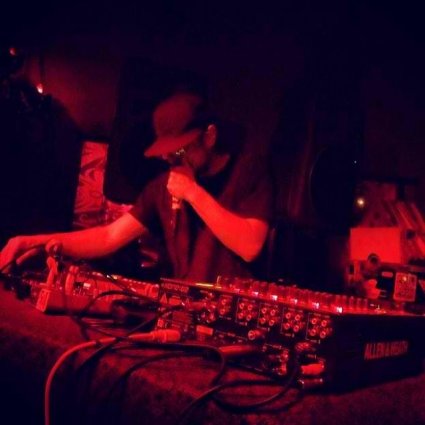 Where do you draw your inspiration from?

I go through waves in listening to music. I have to be careful while in production mode and I like to stay busy so I fill most of my days with comedy podcasts/radio. I'm digging this Ethiopian nun pianist lady, Emahoy Tseque Maryam, its really amazing and has cool song titles like "Mad Man's Laughter" and "The Homeless Wanderer". Burning Witch has also been a hugh influence. Swans. Wolf Eyes. Dj Dogdick has always been a great inspiration and that bmore noise/rock/party stuff. I really dug Stress Ape (now defunct). Tenshun/Psychopop aka Skrapez of course. Black Pus. Tarkovsky. Marketa Lazarova as of recent. Black Dice. Harvey Pekar. Vonnegut. Mr. Oizo as of late, I really liked his new movie Wrong Cops. I dig how Shane Carruth is doing things with the film industry and his latest Upstream Color. Abner Jay. Ben Wheatley might be my new favourite director. Just saw A Field In England at The Silent Movie Theatre in LA and it was everything I hoped for. I love the tone of his movies, its that kind of perfection you didn't know you needed. The more I do this though the more function is required on various levels to keep the process interesting and so figuring that out is key whether its for therapeutic reasons, entertainment, energy, helping, sharing. As much of a recluse as I am, I still like thinking on that idea of folk art. And the MPC is a good primitive sturdy transparent box to convey whatever I'm down for at that moment and then channel it to whomever.

What do you think is the biggest influence was on your sound?

Being into movies, have you ever done a soundtack for anyone and if not would you like to? If so what would the ideal type of movie be for you to score?
I imagine something like Looper or Legend or some kind of combination. Time travelling demon psychics with a propensity for entheogens or maybe an 80's-type zany comedy.

Tell us about what the music scene in LA

Not sure really, the few spots i played got shut down or i blew their speakers. I do enjoy the comedy circuit out here, just as a fan, its cool to see so many little shows pop up usually for free or very cheap. I've seen some great shows/acts. I will definitely miss it.

Do you have any tales, interesting, funny or otherwise you can tell us from your years of touring and recording?

I played in a dojo once, complete w/ a ring and punching bags and blew the system. My favourite venue was this warehouse in the industrial part of downtown Los Angeles and there was a halfpipe and we were rockin some noise beat stuff, me, Skrapez and k-the-i??? and these dudes were rippin it on the halfpipe, it was like my 16 yr old's dream.

I snapped the cone off a shoddy system in LA and people actually liked the cone rattlin off. Went partially deaf for awhile and sat around asking people to repeat themselves. One of my first mixes was on 3 turntables and I got in touch with Simeon Coxe of Silver Apples and sent him this cd mixin his shit w/ a bunch of other stuff he said he drove around in his van listening to it. I funded a lathe w/ my spine juice. One of my favorite moments though is when Dj Scotchegg of Devilman got us this random dj gig in England and all 4 of us, Devilman and myself gave the sloppiest, most hilariously pathetic dj set ever and Scotchegg had people singing along to Bon Jovi and we're fiddling with the wires, switchin' our dumb laptops causin a racket cracking up in tears in this lil dj booth, it was amazing.

Any other artists you'd like to recommend you feel deserve more attention?

What are you currently working on and what are your plans for the future?

Play live shows, make more music and tour UK/EU. I'd like to eventually write/direct/score/edit my own film. More stop-motion experiments and soundscapes. Figure out this visual thing. Do people still buy dvds? I want to release more sonic/visual pieces in as many formats as possible.

--
Walter Gross
http://www.waltergross.com/
Amidst an array of wires and devices, Walter Gross commands his bass driven, sample heavy, deconstructed beats and mutated vocal jams.Salvaged from multiple realites and coming on like the party to soundtrack to post apocalyptic shanty towns, Gross's DIY approach makes his output irrestibly unique. Black Forest spoke to him about his origins and inspirations...
Also be sure to check out the Exclusive mix Walter did for Black Forest - Link Below Article

Tell us about your other projects, past and present and future...

My first real project was in '05 called Youth:Kill with the frenetic mad rapper from Cambridge, Mass known as k-the-i???. We put out a mixtape and some wax, doing a noise hip hop thing. I remember some online review said it was like the Black Dice of hip hop or somethin which I took as a good sign. And I've pressed up various split tapes, records, lathes, music videos, short films, collabs, mixtapes, podcasts since then but now I primarily operate solo, exploring this live-performance/song-writing this as well as trippy videos using stop-motion styles and trying to write more.