Herbert: Music and color can be a direct line to one’s feelings and thoughts. I attempt to visualize sounds with the energy I feel from music.”

Fredric Koeppel of the Memphis Commercial Appeal expounds on the maturation of Herbert’s long career in the following statement: “Herbert, long a creative presence and an influential teacher in Memphis, has defined his commitment to abstraction in several decades’ worth of paintings and drawings that teem with energy so compelling that the whirling, tornado-like vortexes that comprise his central motif seem to suck viewers into their maelstroms – or blow them out of the gallery…. Now (in the drawings) there’s a quality that could almost be called contemplative.” 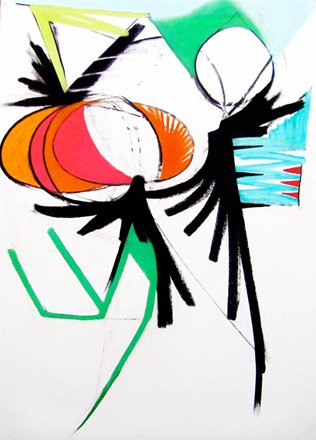 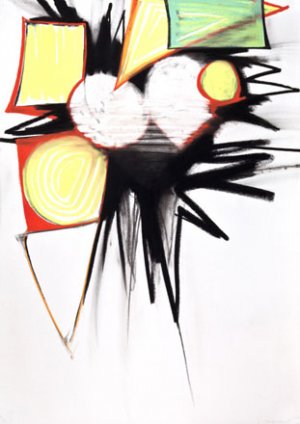 PINKNEY HERBERT
Music and color are the driving forces behind artist Pinkney Herbert’s abstract works on paper. His improvised bursts of color, line and form visually imitate the “broken time-progressions” musicians create when a beat is not established. Using pastel on white paper, Herbert composes the work with an urgent and expressive energy. Like in a musical composition, pauses are often as important as the notes, and Herbert activates his work with plenty of white space. 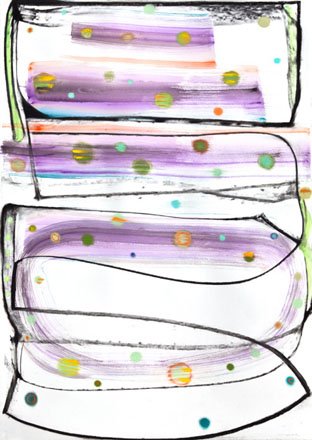 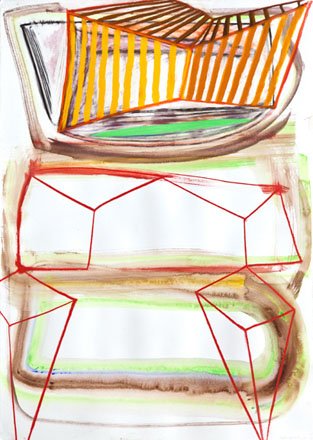