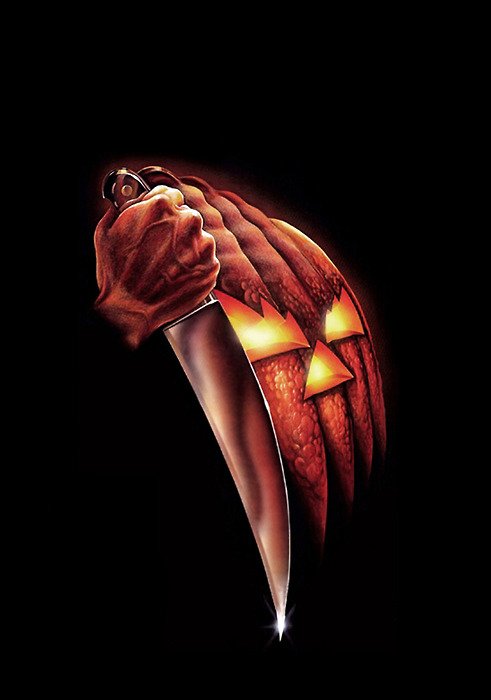 Halloween was shot in 21 days in the spring of 1978. Made on a budget of $300,000, it became the highest-grossing independent movie ever made at that time.

According to screenwriter/producer Debra Hill, the character of Laurie Strode was named after John Carpenter's first girlfriend.

Inside Laurie's bedroom there is a poster of a painting by James Ensor (1860-1949). Ensor was a Belgian expressionist painter who used to portray human figures wearing grotesque masks.

The performance of Halloween's musical score is credited to "The Bowling Green Philharmonic." There is no Philharmonic in Bowling Green. The "orchestra" is actually John Carpenter and assorted musical friends.

Since the movie was actualy shot in spring, the crew had to buy paper leaves from a decorator and paint them in the desired autumn colors, then scatter them in the filming locations. To save money, after a scene was filmed, the leaves were collected and reused.

Due to its shoestring budget, the prop department had to use the cheapest mask that they could find in the costume store: a William Shatner mask, from the movie "The Devil's Rain." They later spray-painted the face white, teased out the hair, and reshaped the eyeholes

cool facts and it shows you don't need a big budget to make a horror classic.