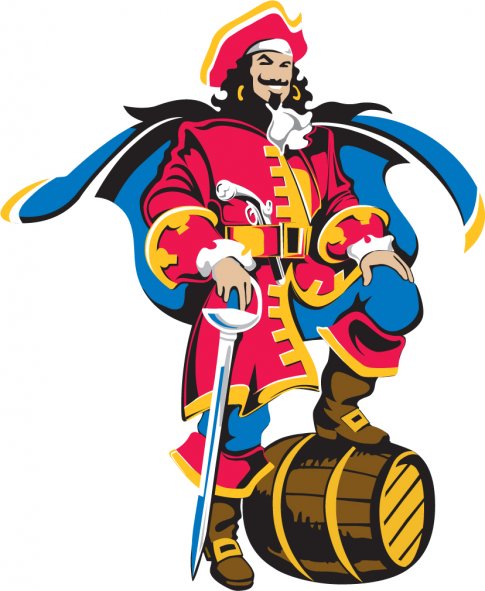 ST. CROIX, US Virgin Islands, - For the third year in a row, with the help of the Captain Morgan brand, a team of leading U.S. archaeologists returned to the mouth of the Chagres River in Panama in search of real-life buccaneer Captain Henry Morgan's lost fleet.

"Morgan was one of the most infamous privateers of all time, so for me, this is a chance to use archaeological research to bridge the gap between science and pop culture. Most people associate Captain Morgan with spiced rum, but he was also an iconic historical figure who accomplished incredible feats throughout the Caribbean," said Frederick "Fritz" H. Hanselmann, underwater archaeologist and Research Faculty with the River Systems Institute and the Center for Archaeological Studies at Texas State University who has been leading the team in an effort to locate, excavate and preserve the remains of Morgan's lost ships.

"Locating his lost ships and being able to properly preserve and share them with the public is our ultimate goal with this project. We're really close – and at the end of the day, his ships are down there and we're going to find them."

The search began in September 2010, when the team discovered six iron cannons belonging to Morgan off the coast of Panama, and continued last summer with the discovery of a 17th century wooden shipwreck, potentially one of the five ships Morgan lost – which included his flagship "Satisfaction" – in 1671 on the shallow Lajas Reef.

This summer, the team returned to Panama to excavate historic artifacts from the shipwreck in hopes of confirming its origin. Throughout the field season, the team recovered a sword, chests, wooden barrels and multiple cargo seals. The artifacts, which are currently housed at Patronato Panama Viejo (Old Panama Trust) in Panama City, will undergo the preservation process before being studied further and verified by London-based experts in English artillery.

"For us, there's no better way to communicate the values and unwavering spirit of our brand than by unearthing the real-life history of its inspiration," said Tom Herbst, Brand Director, Captain Morgan USA. "This adventure that we've embarked on truly embodies the character of Morgan himself and the free-spirited nature of rum. In our case, we don't have to make up a brand story – ours is real and it's waiting to be discovered at the bottom of the ocean floor." ---- keep reading this story

In the search of

It's true, it's true. Captain Morgan was a real seaman that ran shit in the Caribbean. Now, a group of archaeologists wanna play Goonies and find his lost ships.