What Graffiti Artists Do

Having The Courage To Say No!

The photo was taken in Hamburg in 1936, during the celebrations for the launch of a ship. In the crowd, one person refuses to raise his arm to give the Nazi salute. The man was August Landmesser. He had already been in trouble with the authorities, having been sentenced to two years hard labour for marrying a Jewish woman.

We know little else about August Landmesser, except that he had two children. By pure chance, one of his children recognized her father in this photo when it was published in a German newspaper in 1991. How proud she must have been in that moment. 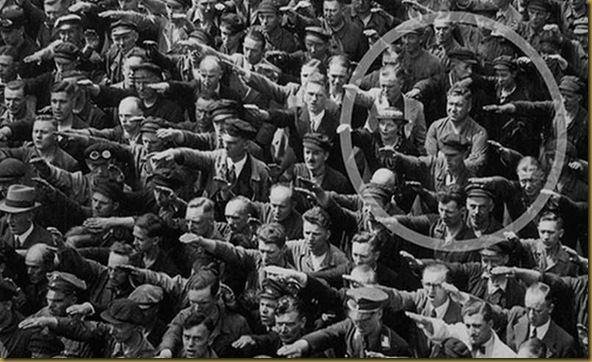 The courage to say no.

Wilshire Coffee Pot Resturant
The Simpson's Skateboard
All You Need is Love
Cherry Coke & Cherry Blonde.
Having The Courage To Say No!
How To Deal With Snobs