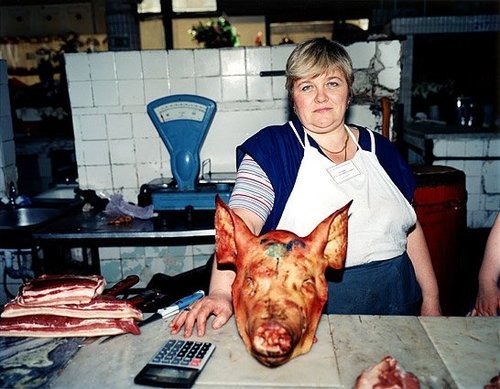 The PRRS disease is also known as blue ear disease occurring with pig for the first time in Myanmar recently. The 500 pigs were among the 2,000 bred in 200 poultry farms in five townships in Mandalay, the Weekly Eleven News said. So far, the disease, detected from the dead pigs, has not spread to other animals or human but infect other pigs, it said. Veterinary surgeons are exploring the cause of the disease, the report added. The Livestock Breeding and Veterinar Department (LBVD) has warned the public to take bio-security measures and report to the authorities on suspected death of livestocks.

DANG, MY 2 MOST FAVORITE THINGS IN THE WORLD...A PIG SANDWICH AND HANGING IN MYANMAR. I GUESS I CAN'T ENJOY BOTH.