While the real-life horror stories of the zombie apocalypse are becoming a growing concern in the United States, Bulgaria seems to have its own problems.

The Associated Press reported that archaeologists excavated two, not-so-ordinary skeletons in Sozopol, Bulgaria last weekend. Each of the skeletons was held down in its own grave with iron rods rammed through its chest. This pagan practice began in the Middle Ages - the period from which these skeletons originate - and continued in the early 1900s.

The skeletons found last weekend were said to date back to the Middle Ages.

“Vampires” with iron rods nailed through their chests have even been found in countries near to Bulgaria like Serbia as well as many other countries,reported BBC news.

According to the New York Daily News, Bozhidar Dimitrov, chief of the National History Museum in Sofia, Bulgaria stated that unlike the new cases of zombies in the U.S., vampire skeletons are old news in Bulgaria. About 100 skeletons have been found in Bulgaria by gravediggers in a similar condition.

After potential zombies in the U.S.and potential vampires resting in their graves in Bulgaria, everyone better stock up on their silver bullets because werewolves could be next! 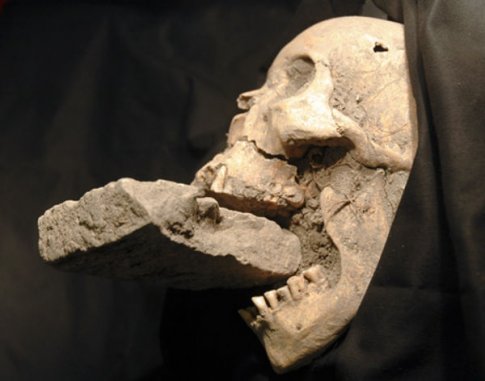