How It Started: Rick Rolling 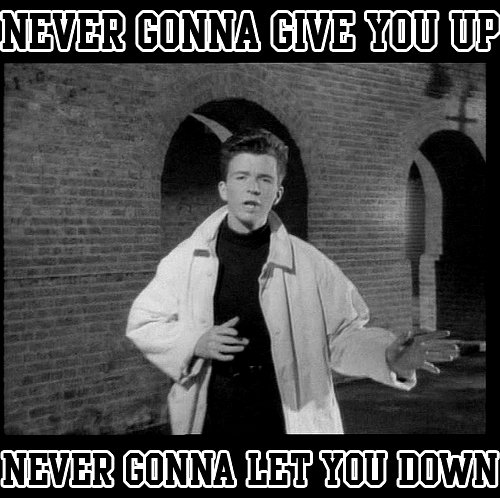 Rickrolling is said to have begun as a variant of an earlier prank from the imageboard 4chan known as duckrolling, in which a link to somewhere (such as a specific picture or news item) would instead lead to a thread or site containing an edited picture of a duck with wheels. The user at that point is said to have been "duckrolled".

By May 2008, the practice had spread beyond 4chan and became an Internet phenomenon, eventually attracting coverage in the mainstream media. An April 2008 poll by SurveyUSA estimated that at least 18 million American adults had been rickrolled. In September 2009, Wired magazine published a guide to modern hoaxes which listed rickrolling as one of the better known beginner-level hoaxes, alongside the fake email chain letter. The first known instance of a rickroll occurred in May 2007 on 4chan's video game board, where a link to the Rick Astley video was claimed to be a mirror of the first trailer for Grand Theft Auto IV (which was unavailable due to heavy traffic). The joke was confined to 4chan for a very brief period.

not that you care, but how