In the early 1950s, Nurmi was close friends with James Dean, and they spent time together at Googies coffee shop on the corner of Crescent Heights and Sunset Blvd in Hollywood. She explained their friendship by saying, "We have the same neuroses." Dean allegedly repudiated their friendship toward the end of his brief life. As Hedda Hopper related in a 1962 memoir that included a chapter on Dean: "We discussed the thin-cheeked actress who calls herself Vampira on television (and cashed in, after Jimmy died, on the publicity she got from knowing him and claimed she could talk to him 'through the veil'). He said: 'I had studied The Golden Bough and the Marquis de Sade, and I was interested in finding out if this girl was obsessed by a satanic force. She knew absolutely nothing. I found her void of any true interest except her Vampira make-up. She has no absolute.'"

The 2010 public radio documentary Vampira and Me by author/director R. H. Greene took issue with Hopper's depiction of the Nurmi/Dean relationship, pointing to an extant photo of Dean and Vampira sidekick Jack Simmons in full Boris Karloff Frankenstein make-up as evidence of Nurmi and Dean's friendship. The documentary also described a production memo in the Warner Bros. archive citing a set visit from "Vampira" while Dean was making Rebel Without a Cause. The Warner Bros. memo was first mentioned in the 2006 book Live Fast, Die Young: The Making of Rebel Without a Cause by Lawrence Frascella and Al Weisel, who were given access to the Rebel production files. An interview Frascella and Weisel conducted with actress Shelley Winters also uncovered an instance where Dean interrupted an argument with director Nicholas Ray  and Winters so he could watch The Vampira Show on TV. 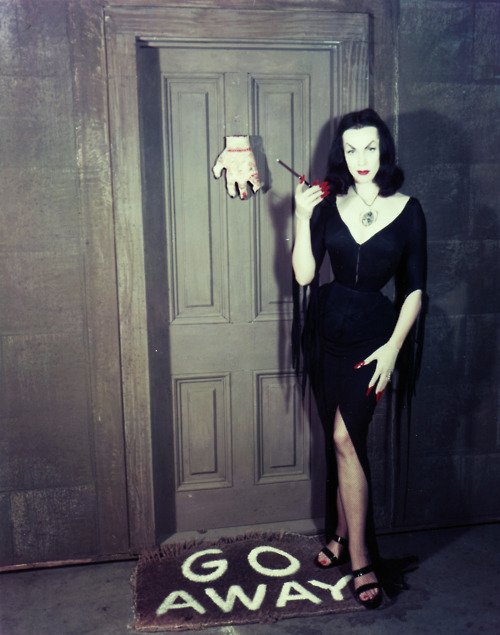 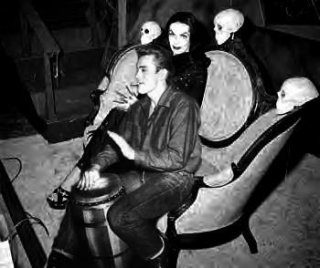 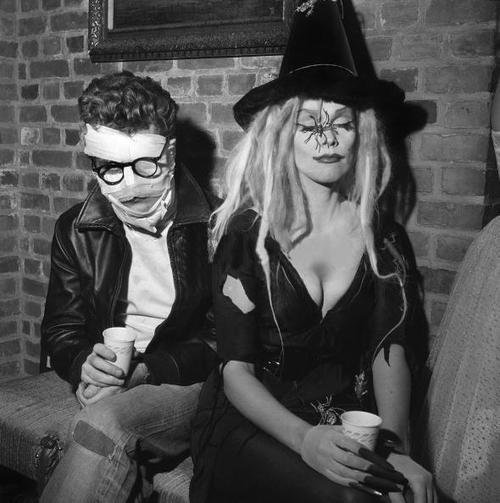 Maila Nurmi dressed as a sexy witch version of Vampira in 1956. After taking the year before off and mourning, this was the first Halloween she actively celebrated after the death of her close friend James Dean. With her is another long time friend Jack Simmons, dressed in a costume of questionable taste… James Dean as carwreck survivor still undergoing plastic surgery.