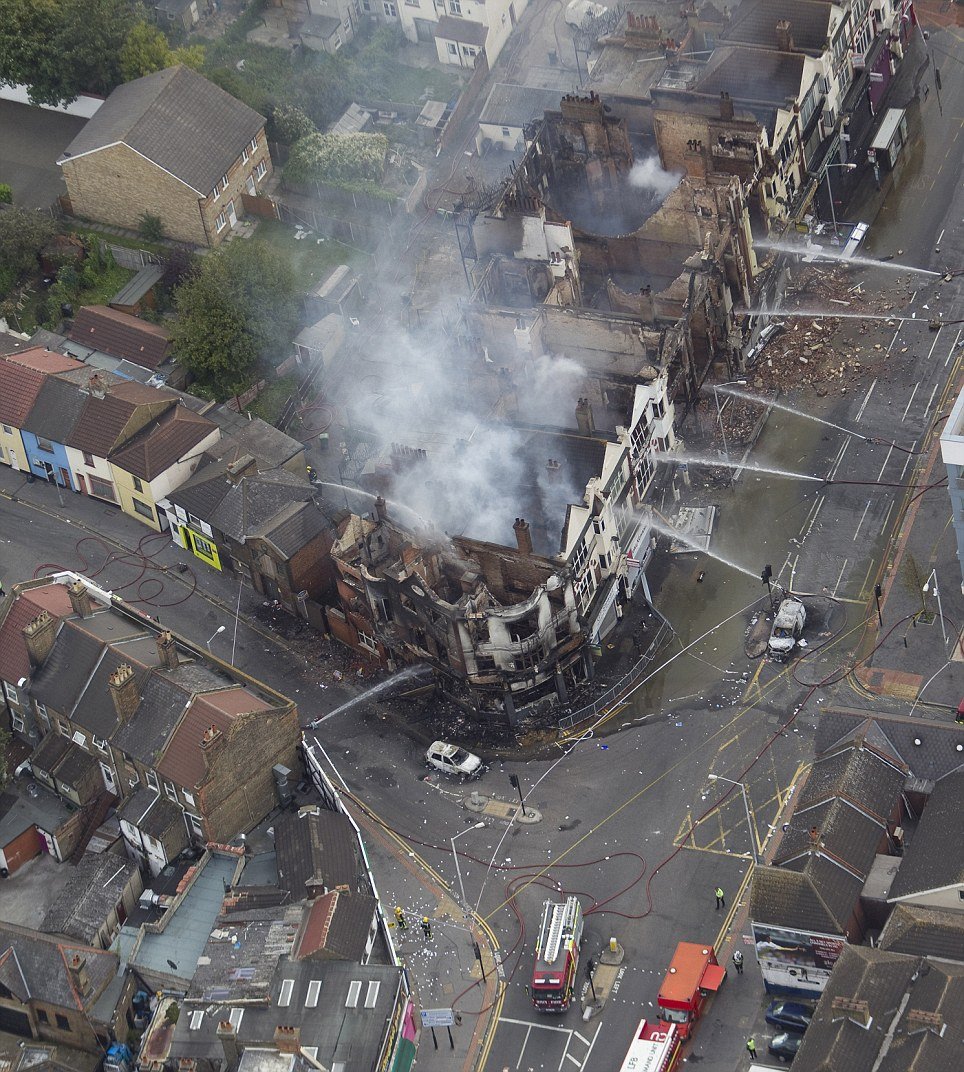 140 years of business up in flames: Family-run furniture shop that survived the blitz is ravaged by riot fires

The owners of a 140-year-old family furniture store were devastated today after seeing the charmed remains of the building that fell victim to the riots last night.

House of Reeves has stood on the same corner in Croydon, south London, for more than a century but was targeted by rioters as violence spread across the capital.

Flames ripped through the historic building and spread to neighbouring businesses as firemen battled desperately to quell the inferno.

But today it was looked likely that the damage which was 'worse than the blitz' would force the ravaged building to be demolished and rebuilt.

Owner Trevor Reeves said: 'It has just provided (for) my family and the 15 or 20 staff and families that were supported, it's just completely destroyed. 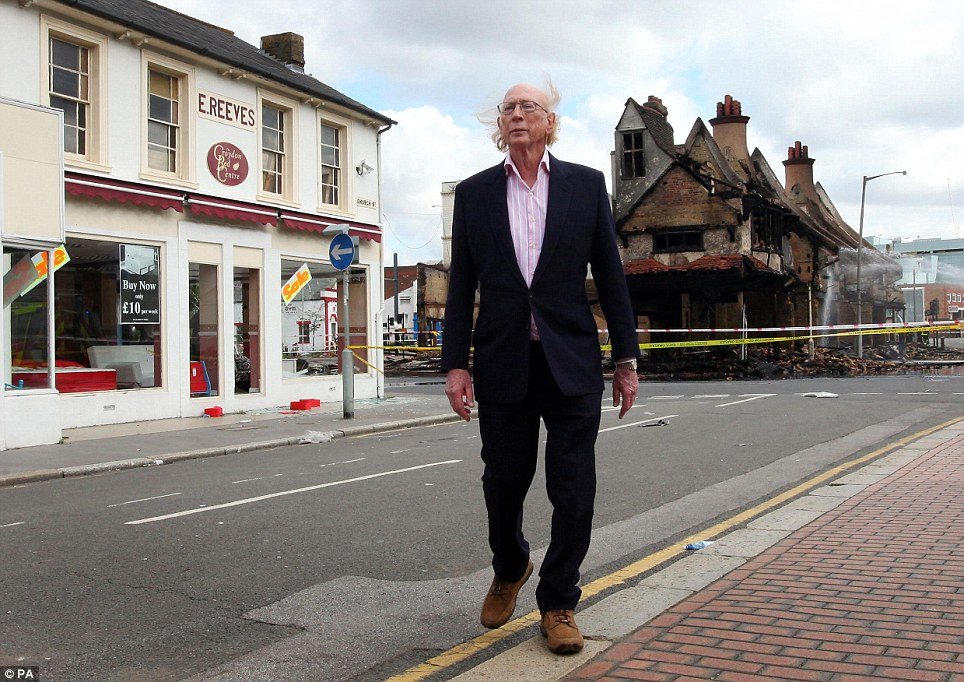 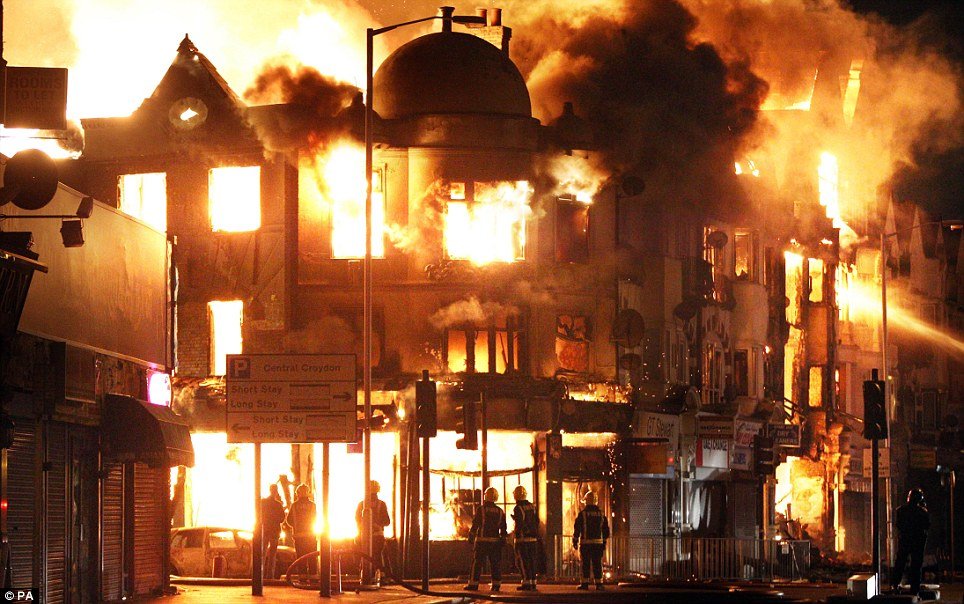 His brother Graham told Sky News: 'Our lives are destroyed, it will probably be someone else next week. It's horrendous, 35 years I have been down here.'

He said the business was established in 1867, but he now had 'nothing', adding: 'Everything is just gone, we have just got nothing left.

'I was in the Brixton riots but this is worse. My life is destroyed.'

One eye witness said: 'The building has survived the test of time. The damage last night was worse than the blitz.

'Everything is just gone, we have just got nothing left.'

Ablaze: Fire rips through the London Road shops as desperate firefighters attempt to extinguish the flames