A figure as high-profile as Spock is bound to raise some confusion and misconception. Here, then, are some solid facts about Our Savior:

• Spock was born to a human mother and a super-human father, and spent His life learning to reconcile His humanity with that part of Him that was greater than human.

• Followers of Spock have been persecuted for years by those who would forsake The Original Testament, but have managed to remain strong and increase their numbers. Today, they meet regularly in underground meetings known as "conventions."

• Spock resisted temptations of the flesh, including the seductive Nurse Chapel and His intended bride, T'Pring. Knowing that His purpose transcended the need for common physical pleasure, Spock faced death in combat rather than be attached to the latter.

• Many volumes have been published claiming to contain "further adventures" of Spock, but only the 79 books of The Original Testament and the 6 books of The Motion Pictures are considered official church canon. 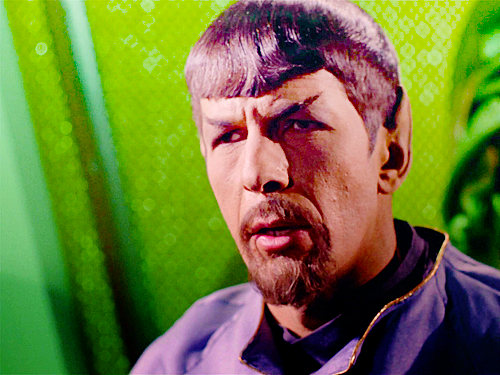 The kinds of facts that help you live long and prosper!