And while UFO sightings abound all year, apparently there was a spike this August 2011. In fact, for some states the number of UFO sightings doubled compared with normal. "It's pretty exciting," said Clifford Clift, the international director of the Mutual UFO Network (MUFON), told Life's Little Mysteries about the spike. "When you average 500 a month [nationwide] and go to 1,013 in one month, that's an interesting spike in sighting reports." (MUFON tracks UFO reports.)

Spikes in UFO sightings have various explanations, including the fact that they tend to appear high in the sky, so whatever is really causing the sight is in view of thousands of people. That means reports could be of the same incident or several. Movies and other media also can pique people's interest in aliens and UFOs.

In addition, flying objects lend themselves to UFO interpretations. For instance, last year, a cluster of silvery, shiny lights floated above Manhattan's Chelsea district set off claims of UFO sightings. Later officials from a school in Mount Vernon identified these flying objects as helium balloons that had escaped from an engagement party.

Morris County on the evening of Jan. 5, 2009, when an 11-year-old girl noticed bright lights in the sky. The glowing, slowly moving, red lights were later explained as a hoax; two pranksters had tied road flares to helium balloons and released them "as a social experiment."

Such sightings have quite a history. The first reported incident of an alleged alien abduction occurred in the 1960s when Barney and Betty Hill claimed they had been abducted by aliens. They reportedly said they were pursued by a glowing UFO through parts of NewHampshire

. The couple came to believe that they had been abducted by the UFO's occupants, who then erased their memories. With psychiatric help and under hypnosis, the couple reported full-blown, detailed "repressed memories" of their abduction. 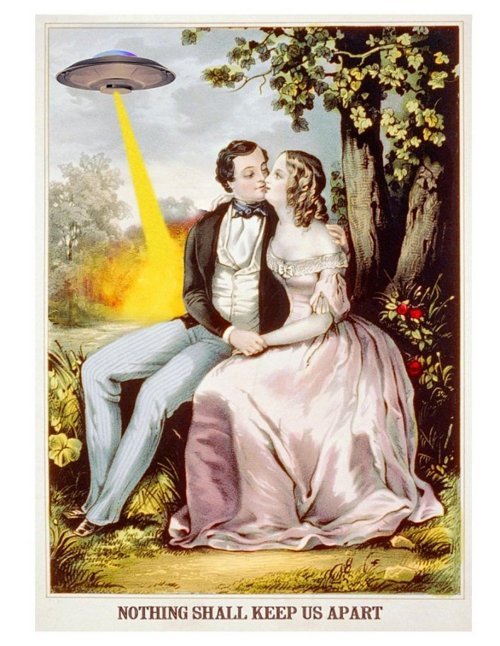 Seeking answers to unexplained observations would seem a part of the human DNA, with our search for the "God particle" and other truths motivating many a scientist. And while unexplained flying objects have no real science going for them, that hasn't stemmed any interest and want to believe in them.