In 1986-87, DC comics published a new series, Elvira's House of Mystery. It lasted 11 issues plus a special. The series was a quasi-follow up towards the original series, with famed horror movie hostess Elvira tasked by the House with finding Cain, though she spent much of her time making fun of him, introducing horror stories similar to the original series. One issue of this series, #3, was released without Comics Code Approval and contained significant implied nudity, but subsequent editorial comments in later issues stated that the experiment in releasing an unapproved issue was not considered successful. 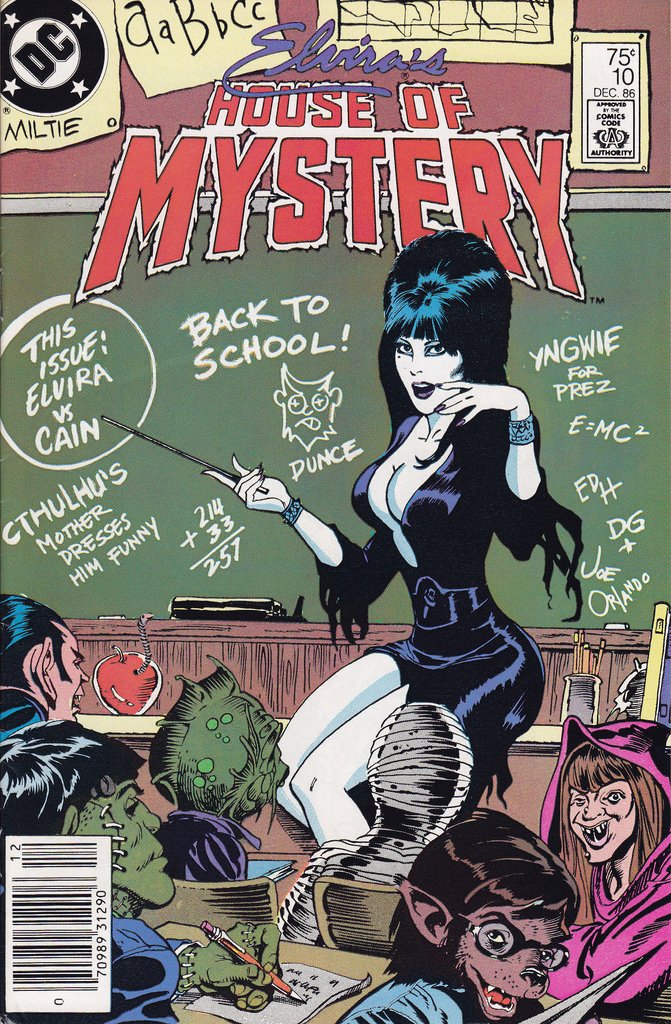 Something You Hated
Flicks. (End of March)
Old School Jack O' Lanterns
Happy Friday the 13th!!
Real Hoverboard like Back to the Future?
Amazing Stories: The 1940's Magazine