Kiki Valdes - Some Cartoon Expressionism or something.

Q-Tip Beef Over Documentary with Rapaport. 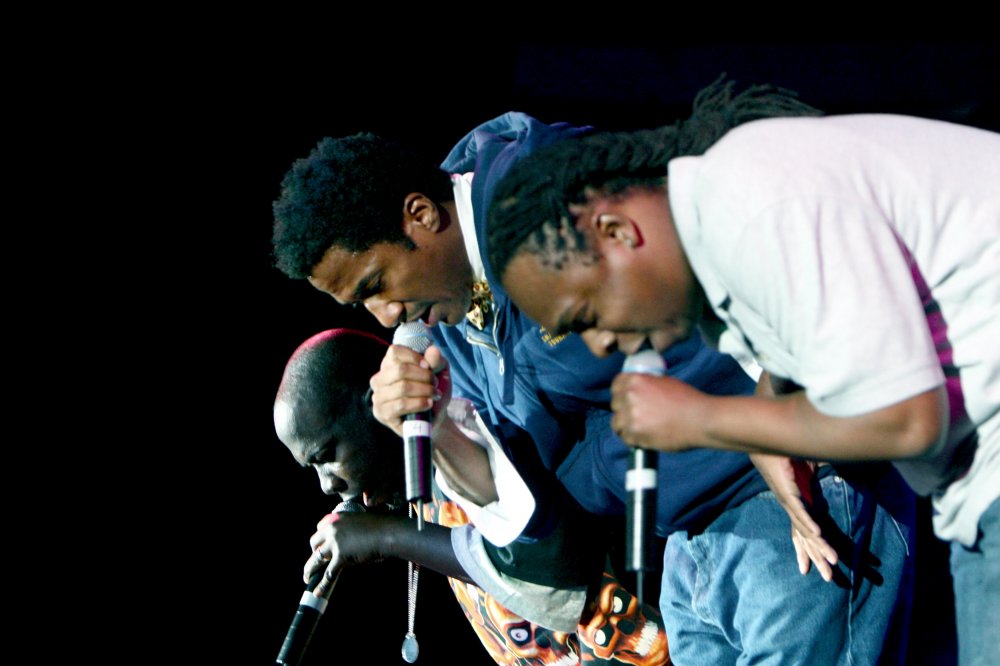 The stormy relationship between actor/director Michael Rapaport and rapper Q-Tip continued to develop Wednesday, when Rapaport told New York Daily News that he was "completely done" reasoning with the rapper and that they have no relationship. The pair's dispute arose from the portrayal of hip-hop group A Tribe Called Quest, which Q-Tip co-founded, in Rapaport's upcoming documentary "Beats, Rhymes & Life: The Travels of A Tribe Called Quest."

The group's other three members have expressed support for the film, but Rapaport claims Q-Tip demanded more and more control of Tribe's sometimes unflattering portrayal. "The movie version Q-Tip thinks should be coming out would be going straight to DVD," Rapaport told New York Daily News.

In March, however, Q-Tip said that his major disagreement with Rapaport was that producers were plotting to deny the band members production credits. In an interview with MTV News, he claimed that one of the film's producers accidentally sent him an email discussing this plan:

"Beats, Rhymes & Life: The Travels of A Tribe Called Quest" is off to a shakey start. Q-Tip has discovered an e-mail that wants to rip them off. Also pumping heads with Rapaport, the director.

Via: HuffPost and MTV

My Nose Smells Funny
B Vicious (Horror Girl)
Sue Lyon (1962)
I can't wait for Friday The 11th...
Federico Fellini on set of 8½
Sandy eats a Banana