The forthcoming show—curated by Lindsay Scoggins—features works that reanimate creatures from childhood curiosities, set against the backdrop of Culver City’s whimsical art space

A Florida native, Scoggins studied electronic media and fine arts at the University of South Florida before her  "Wonderland Mafia” video was selected as one of 25 winning entries in the 2010 Guggenheim’s YouTube Play: A Biennial of Creative Video competition—in which her work was exhibited at the Solomon R. Guggenheim Museum in New York, in addition to Guggenheim museums in Venice, Italy; Bilbao, Spain; and Berlin, Germany. “I enjoy abducting viewers from the safety and protection of their own reality,” says Scoggins. “With ‘Party Animals’ at Royal/T, we want to encourage people to re-think the way we see the world of animals and art by redefining the typical emotions connected to them.”

Featuring works by today’s contemporary artists including Andre Ethier, Christen Bach, David Ellis, David Shrigley, David Tamargo, Jeff Koons, Jillian Mayer, KAWS, Ken Kagami, Ken Tanaka, Mike Reynolds, Misaki Kawai, TM Sisters, Takashi Murakami, Yoko Ono, Yoshimoto Nara and others. The show will challenge the audience’s perception of familiar creatures from childhood experiences by constructing a visual environment that combines opposing forces such as domesticity and wilderness. With differences in influences ranging from Hello Kitty and children’s television, to the artists’ contemporaries, each piece reinforces Royal/T’s embodiment of a welcoming environment for both children and adults to explore. Scoggins’ video, “Wouldn’t Change for the World,” celebrates the primal nature embedded within Royal/T’s treasured objects, documenting Chiyo the Maid as the art’s creatures explode to life when infused with the power of her magical Japanese tea kettle—transporting them to a world where anything is possible and where chaos runs wild. 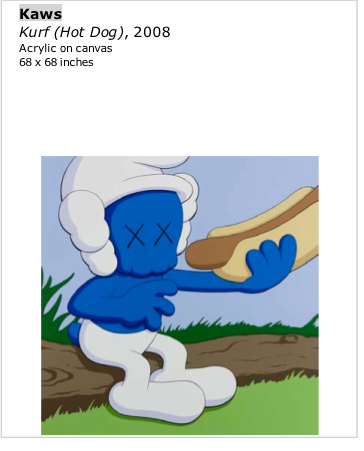 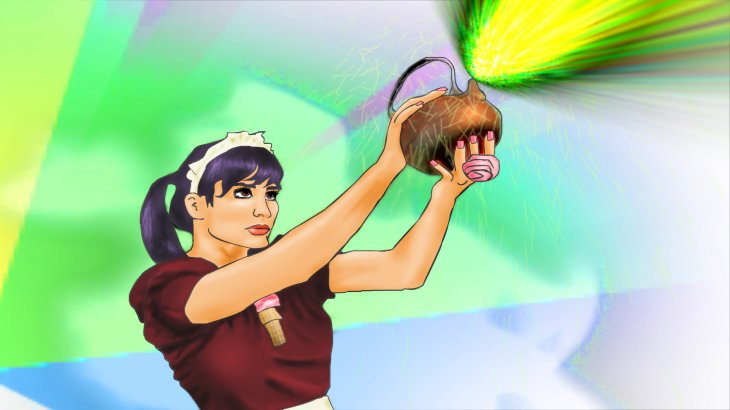 About Curator Lindsay Scoggins:
Lindsay Scoggins cultivated her love for electronic media as a fine arts student at the University of South Florida. At the age of 15, she began learning non-linear video editing and electronic music composition and during college, began working with video installation and using YouTube as an online gallery. As one of 25 selected artists featured in the 2010 Guggenheim’s YouTube Play: A Biennial of Creative Video, Scoggins’ work was displayed at the Solomon R. Guggenheim Museum in New York; Peggy Guggenheim Collection in Venice, Italy; Guggenheim Museum in Bilbao, Spain; and Deutsche Guggenheim in Berlin, Germany. For more information, please visit  http://www.LindsayScoggins.com

About Royal/T:
Located in Culver City, Royal/T is a playful blending of café, concept shop, and art exhibition space. The 10,000-square-foot space reflects the interior realm of fantasy that strongly influences the artists included in Owner Susan Hancock’s art collection. The art space showcases curated exhibitions with a focus on Japanese contemporary art. “Party Animals” will be on display at Royal/T from Thursday, July 7, 2011, through Saturday, September 24, 2011. The exhibit is free and open to the public from 10 a.m. – 6 p.m. daily, with extended hours on Wednesdays from 10 a.m. – 10 p.m. For additional information, guests can call Royal/T at 310.559.6300 and visit http://www.royal-t.org

“What really drew us to partnering with Lindsay Scoggins for ‘Party Animals’ is her incredible video art talent, which is becoming an increasingly mainstream and relatable medium for today’s young artists who grew up on Nintendo and other video games,” says Royal/T Owner Susan Hancock. “The focal piece of ‘Party Animals’ centers around Lindsay’s video on one of our magical maids, Chiyo, who brings the art pieces to life through an animated tea party. We make it our mission to encourage each guest to have a little party of their own every time they visit us, and with this new show, our goal is to help everyone—both adults and children alike—to find their inner ’party animal’ once they step through the doors at Royal/T.”

Check out this show if you find yourself in Cali...