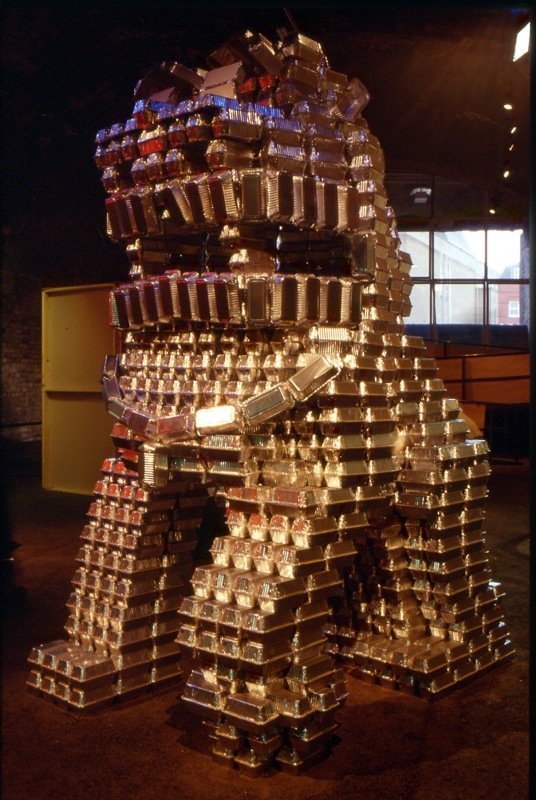 This is one of several of Key’s installations made using Chinese Takeout containers as material. Others have included recreations of Chinese restaurants entirely out of takeout foil. His works often play with ideas of what’s “normal” in mainstream British culture in comparison to that of a Chinese or Chinese British perspective and the stereotypes therein.