Posted | Views: 612
My Nikon FM2 Mod
Fixing the film advance lever
My Nikon FM2n is the nicest, yet most simple film camera I’ve owned. It's "teached" me more about photography in a couple months than anything I've ever used. It's all manual! This simplicity forced me to focus and learn what it is I’m doing. It has a light meter but it's super simple. 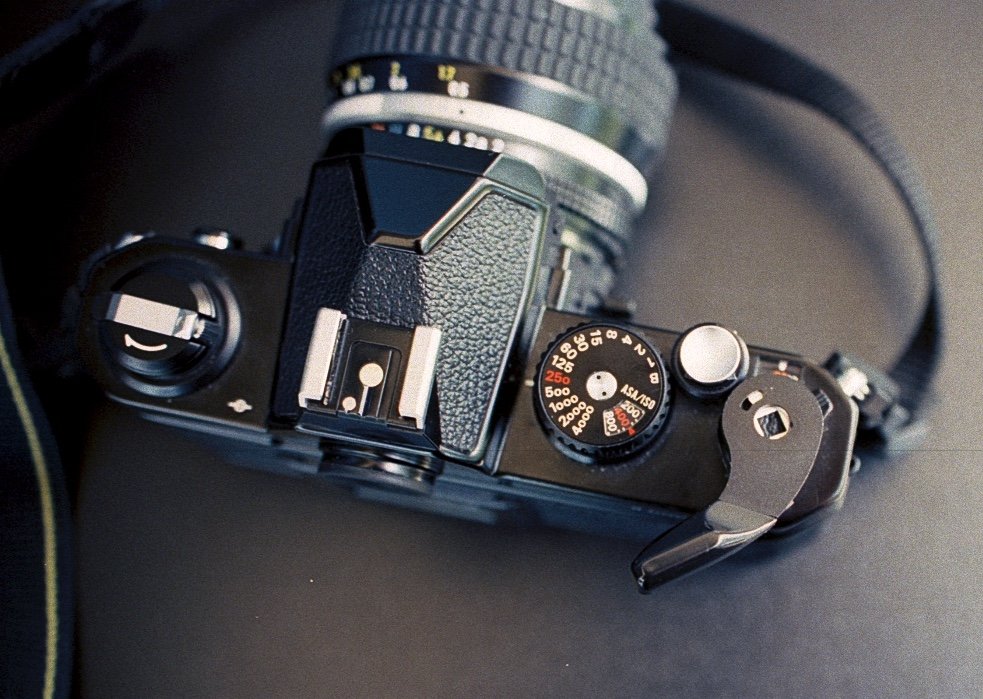 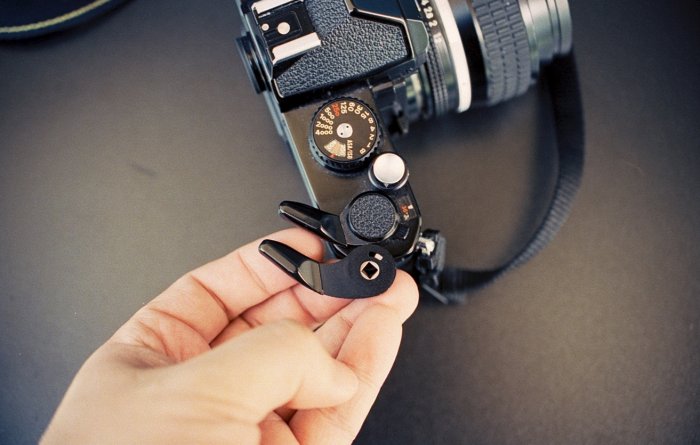 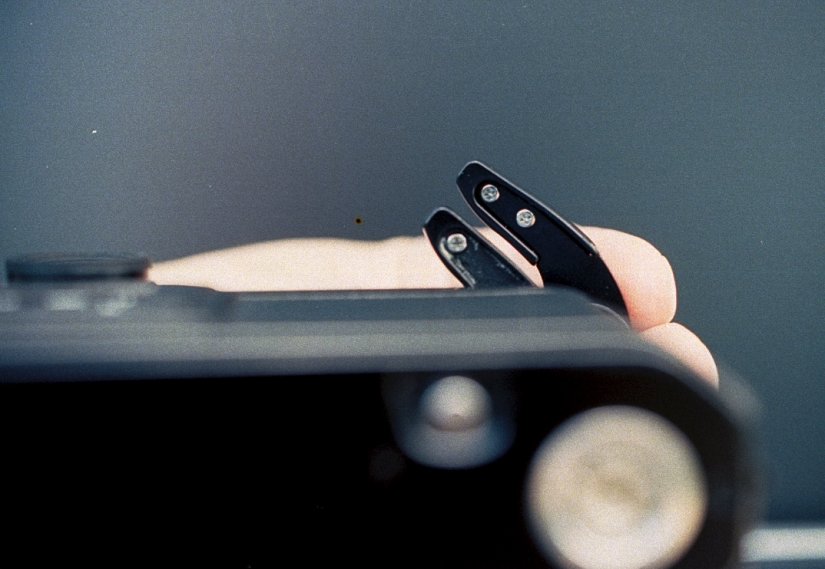 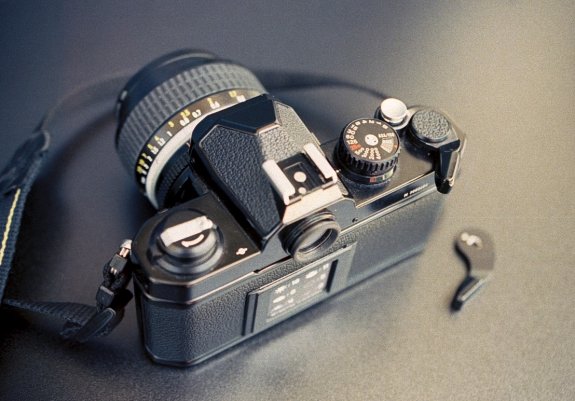 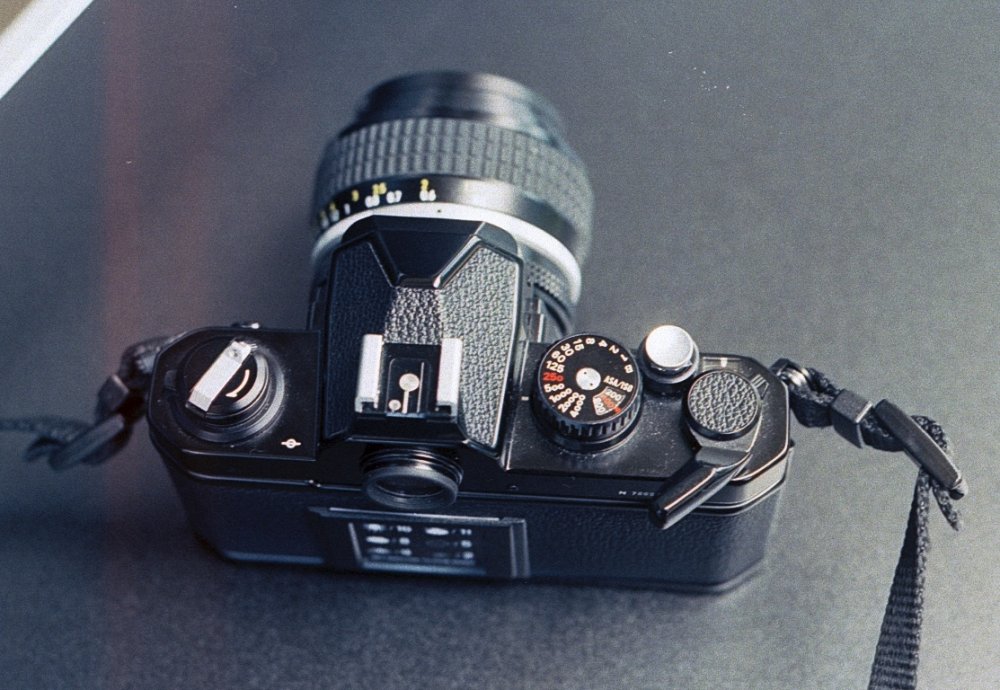 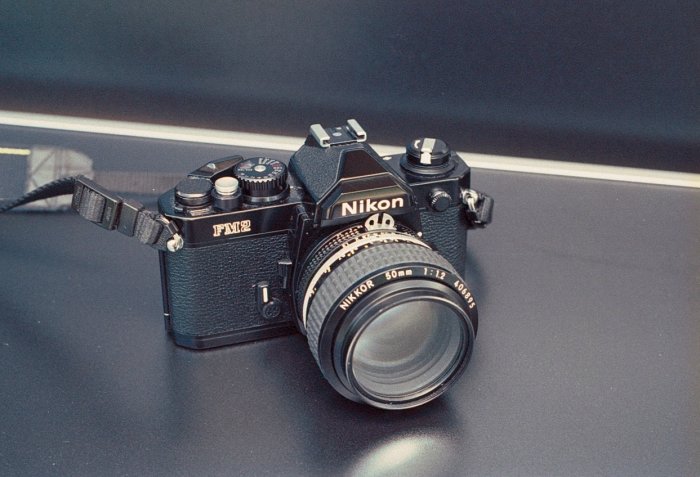 I love this camera but it has one major problem I had to fix… To shoot a photo the film advance lever needs to be in the open position. I use my left eye for the viewfinder so the film advance lever pokes straight into my face, making the camera hard to use.
I ordered a spare film advance lever. Grinned about 1/2 of an inch off. Glued on the plastic cover. Then watched  Youtube teardown videos to see how to replace the film lever. A few very nervous steps later and voila, my film advance lever is replaced. It's now shorter and doesn’t poke my very handsome face.
The original longer lever had more leverage so it did feel shorter. I don’t notice the difference any longer thou. The pushing of the lever works flawless. I'm glad I did it and I love shooting with this camera even more. I made this fantastic camera even better!
My solution
Much shorter
Note: I could have made this mod on the original lever. I would have saved myself  the spare lever cost of $7 and the hassle of swapping it out. But, I wanted a way to revert back to stock just in case things went wrong.

Sharp and colorful
Sunset on the Gulf
Imagine this was your house!!!
Sharks
Voigtlander Bokeh balls
Yellow flowers on film