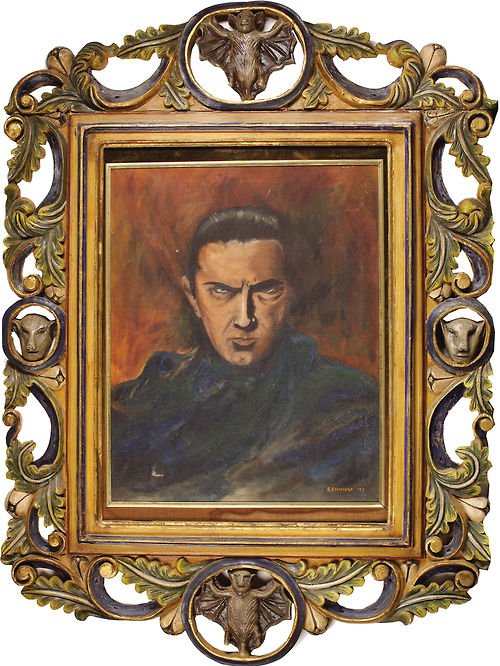 As a teenager the late F. Richard Sheffield asked Bela Lugosi if he could paint his portrait, and after the star proved a restless subject, the teenager opted to use one of Bela’s favorite photos. It was a strikingly devilish portrait from 1930, when Bela was campaigning to star in Universal’s film of Dracula after his triumph in the vampire role on Broadway. Sheffield nailed the details — the blue eyes, even the mole on the left cheek — and the background is properly fiery, as if we’re beholding Dracula in hell.  This portrait sold at auction in 2008 for $7,170.00.