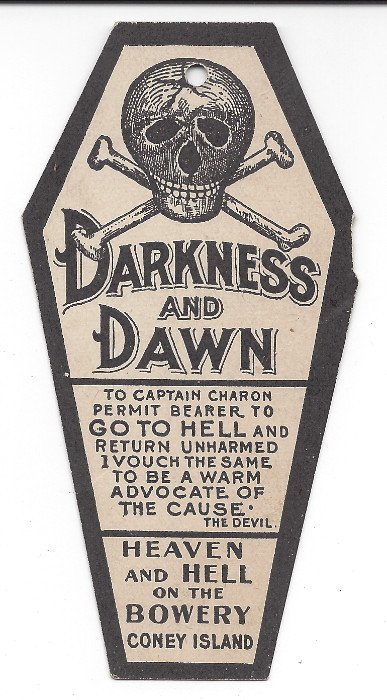 “This is a souvenir of a visit to a Coney Island Bowery amusement called Darkness and Dawn. It was a Cyclorama, and had been created for an exposition in Omaha, Nebraska in 1898. It was brought to the Coney Island Bowery at the turn of the century. The souvenir is card stock, in the shape of a coffin, and has a skull and crossbones illustration at top. It also has a quote from “The Devil.” The same image and text is printed on both sides (shown). The attraction on the Bowery was destroyed by fire in 1903, and was rebuilt for Luna Park several years later.”