Cat Put to Sleep Instead of Getting Flea Bath

Gabby Mejia Breaks Up the Family at Santos 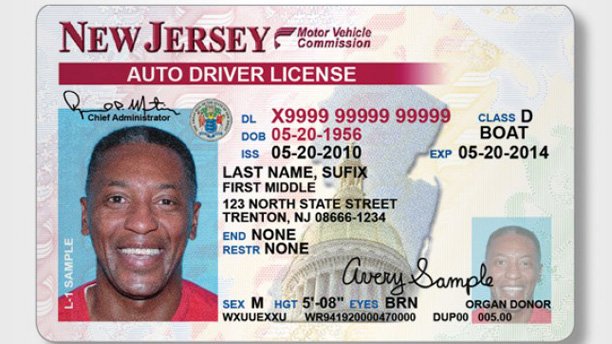 TO VELVET S. McNeil, a photograph of yourself carries a lot of weight.

It's a statement of your personality. It's how people will remember you when you're not around. It's your official image, your introduction to strangers, even, should you get kidnapped and the cops send your picture to all the newspapers and TV stations.

So she smiles when she's photographed.

So, when the manager of the Motor Vehicle Commission office in Cherry Hill told her Tuesday that she wasn't allowed to smile for her driver's-license picture, she balked - and left, saying that the office's staff couldn't adequately explain the smile ban.

"Why should we all look like androids, looking mopey? I know there are some people who don't have good driver's licenses, but I actually keep all mine," said McNeil, whose pleasantly smiling image adorns old licenses from the six states in which she's lived, as well as her debit and credit cards.

Turns out, the state really does prefer that its six million drivers scowl rather than smile for the camera.

In January, New Jersey launched new face-recognition software that forbids license applicants from smiling widely or making other exaggerated facial expressions that might confuse the computer.

You can not smile for your drivers license photo in New Jersey. The state that wants to be more and more like 1984.

The goal is to catch fraudsters. If a new photo, for example, matches an old one that carries a different name, a red flag goes up, and investigators step in.

"That could be someone trying to steal someone else's identity to get insurance benefits, or someone trying to get out of a DUI by getting a license under another name," said Mike Horan, spokesman for the New Jersey Motor Vehicle Commission. "This helps us weed out fraud."

If facial expressions vary greatly in photos of the same person, the software could incorrectly signal a problem, Horan said.

Slight smiles are OK. "Hey-I-won-the-lottery-type smiles" are not, Horan said. "To get an accurate photo, you don't want an excessively expressive face in the photo."

Pennsylvania and Delaware use the software, too. But "smile/no-smile is not a problem," said Jan McKnight, a Pennsylvania Department of Transportation spokeswoman. "You can smile in Pennsylvania."  -- keep reading story