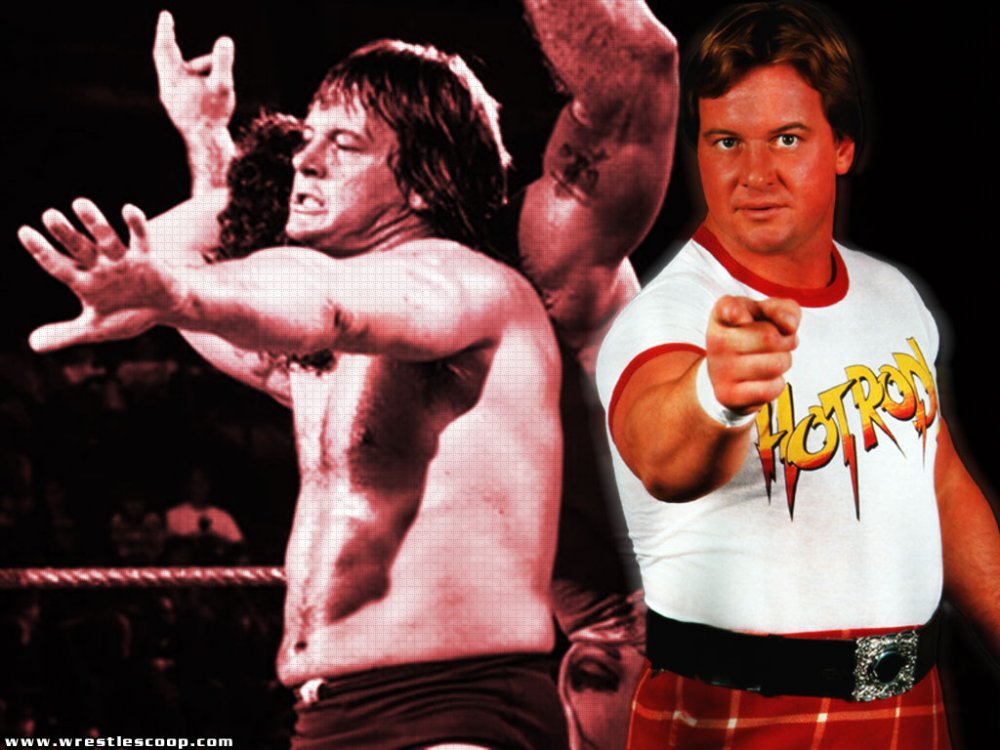 Roddy summarized his early days in theprofessional wrestling industry as a 22-year-old kid with no family. He met another 22-year-old kid, named Adrian Adonis, and they became best friends. He recalled angrily snapping at people, with led to Adrian calming him down and advising him to purchase a house. Adrian believed that a house purchase would give Piper the family life he desperately wanted. He did months later and found happiness.

Roddy, who faced Adrian before 93,173 spectators at WrestleMania III, lamented his death in acar accident. Adrian was killed on July 4, 1988 in Lewisporte, Newfoundland while riding in aminivan with fellow wrestlers William “Mike Kelly” Arko, Victor “Pat Kelly” Arko, and Dave “Wildman” McKigney. Adonis, McKigney, and Pat Kelly were killed when the driver, Mike Kelly, allegedly swerved in order to avoid hitting a moose and, blinded by the setting sun, inadvertedly drove into a lake. Mike Kelly survived, albeit with severe leg injuries.

Roddy said his daughter Ariel would later wake up in the middle of the night and scream because she saw a man in her bedroom. His son would see shadows and hear noises in an inexplicable manner.

One day when Roddy arrived home from a long road trip, his son Colt came running out of the residence screaming that there is a man inside. He storms inside, ready to confront the intruder when he notices that the logs from the fireplace had tumbled out and caught the carpet on fire. As he scrambled to extinguish the fire, he encountered the ghost of Adrian Adonis.

Adrian said “Hey Roddy” and then disappeared. Roddy stood still for a long time since he didn’t want to leave the room. He became emotional while recalling this moment.

Roddy believes Adrian is looking out for him and his family in the house that he was encouraged to purchase. He says Adrian is his brother and that he would have never believed in ghosts had it not been for that encounter.

da' fuck did I just see?