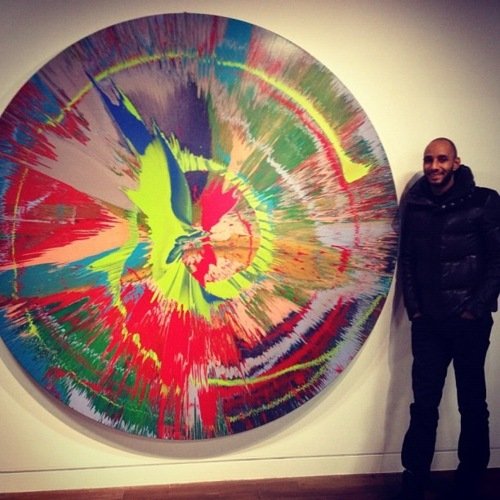 HIp hop producer Swiss Beatz is all smiles digging Damien Hirst's 'Spin Painting.' Let's check out some of his background see if he can afford a Hirst piece -

Swizz Beatz (Kasseem Daoud Jones) was born in New York and has an estimated net worth of $65 million dollars. A rap artist, producer, and painter, Swizz Beatz started his own record label, Full Surface in 2001 at the age of 23. In addition to producing hit songs for other artists, he has released two solo albums, been nominated for three Grammy Awards, and won one in 2011 for the song, “On to the Next One” with Jay-Z.