Dragons Exist, Wings and All 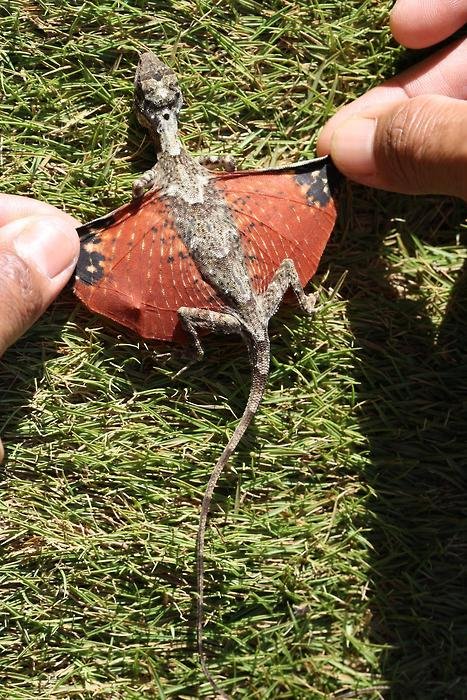 While participating in a herpetology study we stumbled across this female laying eggs in a nest. She was found in the Lambsuango Forest reserve and was immediately released after this photograph was taken.

Here’s what they look like when they’re not guarding vast amounts of treasure, or raining fire down on castles.  The species may be related to Draco volans.

Warning: For all you Dungeons and Dragons fans out there, this article may result in you changing pants and underwear.