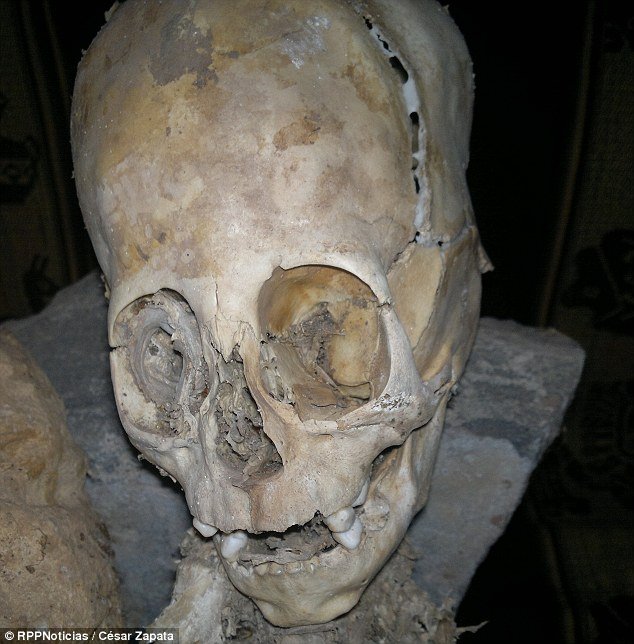 SHOCKING: Is this an alien skull? Mystery of giant-headed mummy found in Peru.

A mummified elongated skull found in Peru could finally prove the existence of aliens.

The strangely shaped head - almost as big as its 50cm (20in) body - has baffled anthropologists.

It was one of two sets of remains found in the city of Andahuaylillas in the southern province of Quispicanchi.

The skeletal sets were discovered by Renato Davila Riquelme, who works for the Privado Ritos Andinos museum in Cusco in south-eastern Peru.

He said that that the eye cavities are far larger than normally seen in humans.

There is a soft spot in the skull - called an open fontanelle - which is a characteristic of children in their first year of life, yet the skull also has two large molars, only found in much older humans. 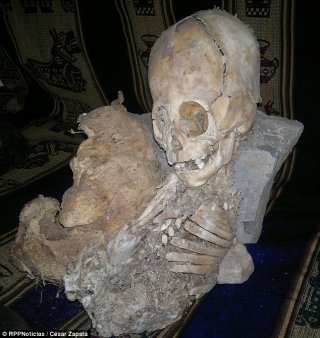