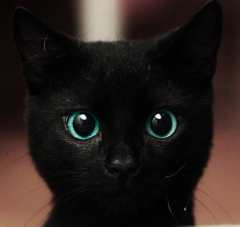 The 1969 Cubs was a team consisting of Cubs legends like Ernie Banks, Ron Santo, Fergie  Jenkins, and Billy Williams. It was considered to be the greatest Cubs team ever assembled.

With a late season lead of 9 1/2 game lead over the Mets, nothing looked like it could stop the Cubs from returning to the World Series.

The curse is said to have reared its ugly head again on September 9th, 1969 when a black cat ran onto the field as the Cubs played a crucial series against the Mets at Shea Stadium. After running circles around Ron Santo in the on-deck circle, the black cat quickly disappeared underneath the stands.

The Chicago Cubs have been tainted with curses over it's long history, for me the Black Cat one is pretty funny and interesting.