Jack Davis: Drawing American Pop Culture is a gigantic, unparalleled career-spanning retrospective, between whose hard covers resides the greatest collection — in terms of both quantity and quality — of Jack Davis’ work ever assembled! It includes work from every stage of his long and varied career, such as: excerpts of satirical drawings from his college humor ’zine, The Bull Sheet; examples of his comics work from EC, MAD, Humbug, Trump, and obscure work he did for other companies in the 1950s such as Dell; movie posters including It’s a Mad, Mad, Mad, Mad World, The Bad News Bears, Woody Allen’s Bananas, The Party, and others; LP jacket art for such musicians and bands as Hans Conreid and the Creature Orchestra’s Monster Rally, Spike Jones and Ben Cooler; cartoons and illustrations from Playboy, Sports Illustrated, Time, TV Guide, Esquire, and many others; unpublished illustrations and drawings Davis did as self-promotional pieces, proposed comic strips that never sold (such as his Civil War epic “Beaureagard”), finished drawings for unrealized magazine projects — and even illustrations unearthed in the Davis archives that the artist himself can’t identify! 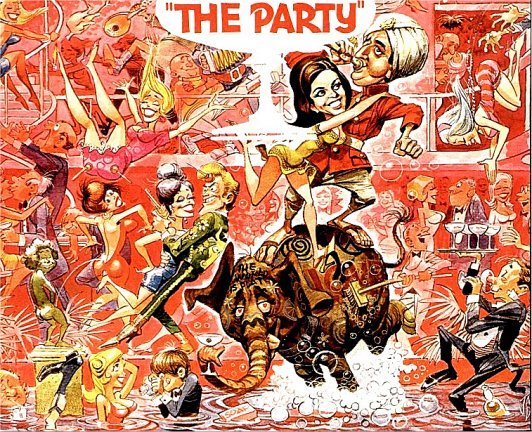