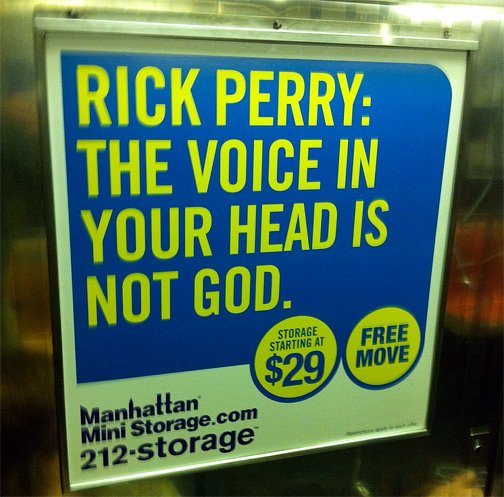 Haha, I usually don't like talking politics and I don't like it shoved down my throat when I'm on the subway. But, this did make me chuckle. I first saw this on a huge billboard in Soho.

The ads are usually plastered all over the subways. I have seen others that I think are in poor taste considering what they are selling, but whatever. I don't give a shit either way. I don't like Rick Perry so I did find it funny. I'm not sure I quite understand this ad in the subway, but I take it to be less than positive about the governor of Texas. A curious way to advertise storage units, don't you think?