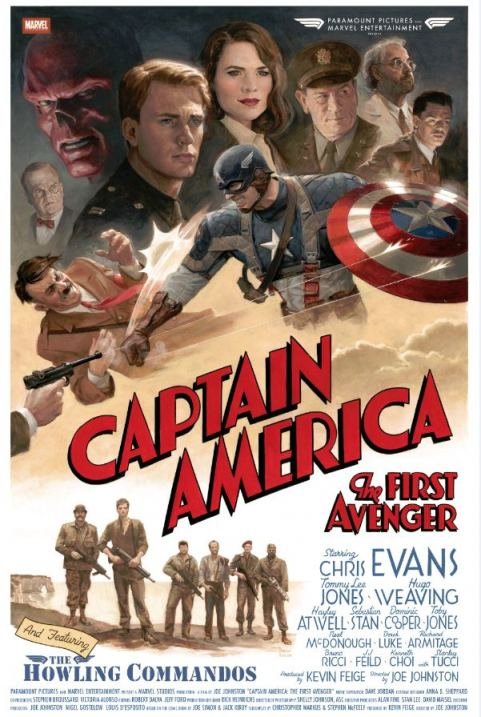 Marvel Studios printed up 100 copies of a special poster just for the cast and crew of “Captain America: The First Avenger” and we’ll be giving away five of them on Sunday at the Hero Complex Film Festival in Hollywood. The retro-minded poster (and a nod to the first issue of the comic book) was created by the talented Paolo Rivera, whose many credits include covers for ”Fantastic Four,” “Spectacular Spider-Man” and “X-Men: Unlimited.” I’m thinking that one of those posters might go to the person in audience with the best Marvel Universe costume.

The giveaway will be part of our big Marvel presentation on Sunday. We’ll be showing, for the first time anywhere, the new trailer for “Captain America: The First Avenger,” the wartime adventure directed by Joe Johnston and starring Chris Evans as the star-spangled character that has been fighting the good fight for 70 years. At 4 p.m., we’ll be screening the hit film “Iron Man” and, after the credits roll, director Jon Favreau will come to the stage for a lively Q&A that you will not want to miss — there may a big surprise in store for the audience. Also, Neal Kirby, the son of the late, great Jack Kirby, will be attending, for a special acknowledgment of his father’s amazing legacy.